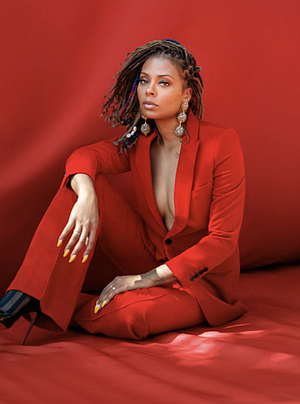 OWN: Oprah Winfrey Network announced that the annual “OWN For The Holidays” tradition heats-up with two original holiday movies. “The Great Holiday Bake War,” starring LeToya Luckett and Finesse Mitchell, debuts on Saturday, December 3 at 9 p.m. ET/PT and “A Christmas Fumble,” starring Eva Marcille and Devale Ellis, premieres on Saturday, December 10 at 9 p.m. ET/PT on OWN. True to OWN’s annual holiday movie tradition, each original movie celebrates and honors the deeper meaning of the season -- giving to others and putting friends and family first. 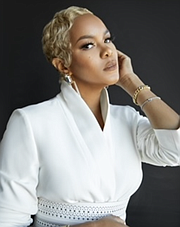 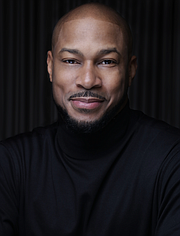 When former pastry school rivals Julian (Mitchell) and Brianna (Luckett) meet years later in a TV baking competition, the sparks and the flour - fly! Each has their own plans for the winning prize money, but only one can win...unless they work together. While Brianna struggles to support her daughter Willow (Naomi Sogbein) and Julian longs to escape his mother’s shadow, they learn that collaboration can create a new recipe for success - and love. 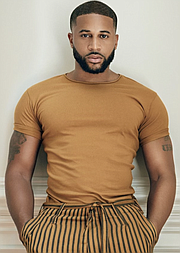 The "queen of crisis management," Nicole Barnes (Eva Marcille) gets the toughest assignment of her career when she's asked to handle a breaking scandal for former pro footballer-turned-TV-commentator Jordan Davies (Devale Ellis), whose network contract isn't going to be renewed because of a violation going back to his college days. However, Nicole fails to disclose that she and Jordan were once boyfriend and girlfriend -- a conflict of interest that could end her own hopes of being made partner at her firm. To make matters worse, Nicole's efforts to rehabilitate Jordan's image are constantly undermined by Jordan’s shallow entertainment reporter fiancée.

About OWN: Oprah Winfrey Network

OWN: Oprah Winfrey Network is the first and only network named for, and inspired by, a single iconic leader. Oprah Winfrey’s heart and creative instincts inform the brand and the magnetism of the channel. OWN is a leading destination for premium scripted and unscripted programming from today’s most innovative storytellers. OWN connects with its audience wherever they are, inspiring conversation among a global community of like-minded viewers on social media and beyond. Launched on January 1, 2011, OWN is a joint venture between Harpo, Inc. and Warner Bros. Discovery.The venture also includes award-winning digital platformOprah.com. Access OWN anytime on http://WatchOWN.tvor across mobile devices and connected TVs.

MarVista Entertainment, a FOX Entertainment Company, is a leading global entertainment studio, producing and distributing a variety of content across the world. With a library showcasing nearly 2,500 hours of content, and with an average of 80 new movies per year added to the company’s development and distribution pipeline, MarVista is one of the largest suppliers of movies to the worldwide marketplace. MarVista has an expansive distribution footprint spanning more than 125 global territories and is a pre-eminent programming partner to major streamers and media companies, including Netflix, Hulu, Discovery+, Tubi, Disney Networks, Amazon Prime, WarnerMedia, Lifetime, Hallmark Channel, NBC Universal, OWN, Nickelodeon, BET and other Viacom Networks, as well as key international platforms.