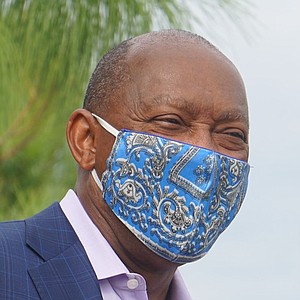 “Houston is a welcoming city, embracing all cultures, ethnicities and nationalities. We are a world-class international city, striving towards an ever more global future.” — Sylvester Turner, Mayor of the City of Houston Houston began as a town on the bayou – a trading hub where the railroads met and where commerce could extend from the United States to the world. Since its humble founding, Houston has grown to nation’s fourth largest city by total population and a world capitol of industry. Houston is the energy capitol of the world, and a globally recognized leader in life science, manufacturing, logistics, and aerospace. Our city has one of most diverse populations in the world, with one in four of its residents born abroad and more than 100 languages spoken within its borders. As Houston’s global presence and influence grows, the Mayor’s Office of Trade and International Affairs (MOTIA) serves as the City’s international liaison and trade development leader, serving as an important link between Houstonians and the world. Whether welcoming heads of state, building international diplomatic ties, attracting foreign direct investment, or assisting Houston businesses seeking markets abroad, MOTIA's core mission is the preservation, promotion, and continued growth of Houston's standing as a premier international city.

The event will feature African Heads of State, African Ministers, Houston-based energy executives, and business leaders from the African continent and the Greater Houston region.

We are excited to welcome Chevron Corporation as the Title sponsor and Kosmos Energy as the Host Sponsor for this inaugural event.

"As the Energy Capital of the world, we are leading the way in all aspects of the energy industry.” said Mayor Turner. “Houston is the headquarters and intellectual capital for nearly every energy industry segment. We take pride in our abundance of human and technical resources in exploration, production, transmission, marketing, supply, and new technology to lead the energy transition. And the Houston region remains at the forefront of foreign investment in the energy sector.”

Featured Speakers will include:

A series of panel discussions will focus on:

“The goal of this summit is to help build relationships and partnerships between African countries and some of the world's leading energy companies that call Houston home, in order to make a real investment in Africa's energy future,” said Mayor Turner.