At High Risk of Prostate Cancer? Here’s How to Lower Your Odds 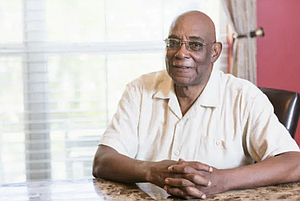 Through our genes, we may inherit good traits. That height you have or those light eyes may be passed down from your parents. The unfortunate part about genes, however, is that they can increase our risk of developing certain health conditions. Genes can put some men, especially Black men, at heightened risk of prostate cancer. The good news, however, is that a new study suggests that there may be ways to undo much of that potential harm with a healthy lifestyle.

Researchers found that among men at increased genetic risk of prostate cancer, those who maintained a healthy lifestyle were much less likely to die of the disease over nearly three decades.

“Healthy” meant they exercised regularly, refrained from smoking, kept their weight down and favored fish over processed meat.

Men who met those goals had a 1.6% lifetime risk of dying from prostate cancer. That compared with a 5.3% chance among their counterparts with unhealthy habits, the investigators found.

However, healthy habits did not appear to protect men from developing prostate cancer in the first place, lead researcher Dr. Adam Kibel notes.

It’s possible they instead lower the risk of aggressive prostate cancer, according to Kibel, chief of urology at Brigham and Women’s Hospital, in Boston.

Prostate cancer is very common: About one in eight men will be diagnosed with the disease in their lifetime, according to the American Cancer Society (ACS). But the cancer is often slow-growing, and may never progress to the point of threatening a man’s life: Only one in every 41 men actually die of prostate cancer.

So although you may not be able to exercise your risk of the disease away, lifestyle may matter in the aggressiveness of the cancer.

“One way to look at it is, an unhealthy lifestyle might throw fuel onto the fire,” Kibel adds.

Of the 12,000 men surveyed, each man was given a healthy lifestyle score, earning one point for each of six factors: keeping their weight below the obesity cutoff; regularly getting vigorous exercise, like jogging; not smoking; regularly eating fatty fish (like salmon); eating tomato products; and limiting processed meats. In particular, studies have tied those three diet habits to a lower risk of prostate cancer or death from the disease.

Over 27 years, just over 3,000 men developed prostate cancer, and 435 died from it. Genes made a big difference: Men with genetic risk scores in the top 25% were over four times more likely to die of the disease, versus those in the bottom 25%, the investigators found.

But for those same men, lifestyle also had a big impact. Those who stuck with at least four of the six healthy lifestyle factors cut their odds of dying from prostate cancer by 45%, versus men who adhered to few or none.

So which lifestyle has the highest chance of lowering your risk?

Do you know your genetic risk?

In the real world, men would not know their polygenic risk score, but both doctors say that could change in the coming years.

For now, you can get some sense of your genetic risk based on family history, though that’s not the whole story, Dahut adds. Having a father or brother with prostate cancer more than doubles your risk of developing the disease, according to the ACS.

Based on the latest findings, Kibel says he suspects that a healthy lifestyle would help lower the excess risk linked to family history.

There was no evidence that lifestyle changed the risk of lethal prostate cancer among men at lower genetic risk. That, Kibel says, may be because few of those men died of the disease — making it hard for any lifestyle measure to show an impact.

However, there are plenty of reasons beyond prostate cancer for men to adopt healthy habits, both doctors add.

He also encourages men to learn about their family medical history. While women typically have a good sense of that, Kibel says, he has found that male patients usually don’t know if any relatives have had prostate cancer.