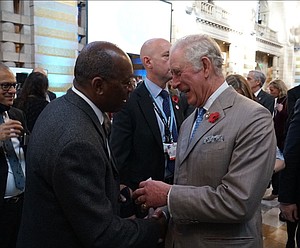 Statement from Mayor Sylvester Turner on the passing of Queen Elizabeth II.

Photos courtesy should be City of Houston.

"In May 1991, Queen Elizabeth II embarked on a historical tour of major cities throughout Texas. As a State Representative at the time, I joined Gov. Ann Richards and other lawmakers in welcoming her to the Texas Capitol. I remember her as a delightful person, with a sense of humor, and very smart. She left a positive impression on members of the state legislature, who are never an easy audience.

While I was not Houston’s Mayor during her visit, I have seen many photos of her time here. The Queen was a striking figure who, without pretense, warmly greeted Houstonians who lined the streets surrounding city hall to curtsey, wave, or get a glimpse of Her Majesty.

Former Mayor Kathy Whitmire presented the Queen with a key to the City of Houston.

Our city will fondly remember her for her tireless service to the United Kingdom for 70 years, longer than any other monarch. I offer prayers to the royal family as they navigate this mournful time, and I rejoice in the reunion of Queen Elizabeth with her husband, Prince Philip. I also send my condolences to the British Consulate General in Houston and the many British expats who add to the vibrancy and diversity of our city.

As the Royal Family begins its transition, I wish the very best to the newly crowned King Charles III. During my trip to the UN Climate Change Conference (COP26) in 2021, I had the honor and privilege of meeting His Majesty. I appreciated his remarks in recognizing the importance of how cities are at the forefront of tackling climate change. As Chair of Climate Mayors, I am pleased to have a champion for climate leading the British monarchy." 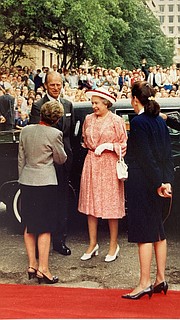 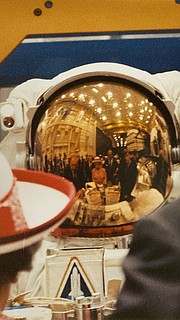