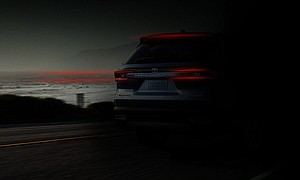 Sophisticated, spacious and powerful – Toyota’s grand plan for its SUV lineup will expand the Highlander nameplate in 2023 with the all-new Toyota Grand Highlander.

The Highlander nameplate, which was first introduced in 2001, ushered in a new chapter in SUV evolution that soon became the foundation of an entire segment. Four generations later and over 20 years of sales success, Toyota will do it again with the all-new, three-row Grand Highlander. Equipped for family adventures, the Grand Highlander will be the perfect addition to the lineup.

Want to see the vehicle yourself? Tune into Toyota’s YouTube channel @ToyotaUSA on the eve of the Chicago Auto Show, February 8, 2023 to see this exciting vehicle IRL.