Alopecia Is No Joking Matter 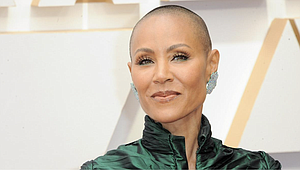 For most women, their hair is their crowning glory. They take meticulously care of it making sure no one strand is out of place. Onlookers need not dare to touch it for fear of the backlash they would be sure to receive. Some women’s identity is even connected to their hair making it their crowning glory. In the Holy Bible in I Corinthians 11:10, the hair on a wife’s head is compared to an angel’s halo referencing it as a “symbol of authority.” With hair having such an importance in a woman’s life, losing it can be very traumatic and can make a person extra sensitive about their outward appearance. Knowing all this is what is making Chris Rock’s joke and Will Smith’s reaction at the Oscars such a hot topic. 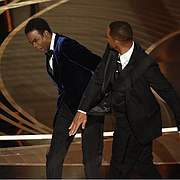 Chris Rock and Will Smith

"Jada, can't wait for GI Jane 2," joked comedian Rock during the 94th Academy Awards. Initially, Smith laughed but then his tone turned serious once he got the look from his wife Jada Pinkett Smith rolling her eyes at him. In what seemed like a split-second decision, Smith jumped to his feet, charged to the stage, and plant a right-handed slap across Rock’s shocked face. The incident left the audience shock, stunned, and speechless. However, America is not.

Those who are Team Smith are praising him for standing up for his wife but are calling his actions unprofessional. Many are saying that his act tarnish is good guy image. The couple should have been prepared for such a joke being in the entertainment industry.

Team Rock fans are applauding him for the maturity he showed by not reacting back. He did not press charges, nor has he commented about the incident. Then there are some who are not in support of Rock saying he was very insensitive to Pinkett Smith and others who suffer with alopecia.

In all this something is being missed. Rock is a comedian. Although it might have been in poor taste, Rock ultimately was doing what he was paid to do…tell jokes. Comedians are no stranger to crossing lines with their comedy.

“I'm a comedian,” said Rock in a 2010 Huffington Post interview. “I'm here to make people laugh." He was commenting about the controversy surrounding his documentary Good Hair that stemmed from his own daughter who was struggling with her identity because she didn’t have “good hair.”

Jada Pinkett Smith and Will Smith

If Pinkett Smith did not have alopecia Rock’s joke would not have gotten this much attention. Joking about someone’s health is just bad business no matter the illness. Although alopecia is not an illness that is considered life threatening, it is one that can leave one severely depressed, have low self-esteem, and make them want to isolate themselves. No one can know the encourage it sometimes takes for one to face the world as a person with alopecia.

Alopecia is a general umbrella term for hair loss. There are five main types of alopecia. All with different ways in which they affect the body and utilize different treatments to help those who must live with it. There is no cure for alopecia.

*Universalis is hair loss all over the body. This is the rarest form of alopecia.

*Totalis is hair loss on the scalp only. It is a more advanced stage alopecia.

*Androgenic is male or female pattern baldness. This most common form of alopecia affects millions of women and men and is hereditary.

*Traction is hair loss resulting from putting undo stress on the hair.

*Areata is the most common type of alopecia. It starts with several bald patches anywhere on the body. This is the type of hair loss that Pinkett Smith has.

Hair stylist Debbie Walker has gained a wealth of experience dealing with women with alopecia as licensed cosmetologist for over 30 years. She deals mainly with clients that have traction alopecia. This form of alopecia is self induced from tight hairstyles like braids and weaves. Walker generally does not do a lot of those type of styles for the reason of prolonged styling causing alopecia in some women.

Walker loves hair and prides herself on her clients’ healthy tresses. It at times can even stress her out when her clients are stressed out about their hair. More stress is worst for those with alopecia since the added stress can cause additional hair loss. “It is a painful thing to go through because our hair is our crown. You know if our hair is not looking right, we don’t even feel right. We can’t get dress. We can’t function right,” Walker said.

Her clients are lucky that she is their stylist if they suffer from hair loss as she has tools in her aerosol to help. Before beginning any treatment Walker stresses to clients that the process of hair recovery or growth is more like an oven process and not a microwave process. “People want results instantly and it is not an instant type of situation. You must take the time and be consistent and give the product a chance to work.” Clients must start a regime of good hair, diet, and exercise. Walker recommends having a diet rich with vitamin e and alkaline water. Too much acid in the diet will make hair dry and brittle. Alkaline water helps to reduce the acid in foods. In addition, alopecia suffers must have their hair maintain by a professional. “YouTube is not a hair stylist,” laughed Walker.

Walker uses a rosemary system by Influence to help her clients with alopecia. Two treatments a month for about six to eight weeks are needed before some results of improvement are seen. Treatments at Walker’s its.personal The Salon in Pearland cost $55 per application. The system consists of a specialized shampoo, conditioner, and stimulating spray, The spray is the key to stimulate new hair growth to push through the skin.

One of Walker’s clients is Kimberly Wright Jones. Five years ago, she started experiencing hair loss after she washed her hair one day. Initially she was very confused by it and brought her concerns to her sisters during one of their family talks. Her confusion was demystified since one of her sisters had already gone to a doctor and researched alopecia after her hair started to thin. The sister shared all her knowledge with Jones, and they determined they had a family history of alopecia.

Jones followed up with a dermatologist and she was officially diagnosed with alopecia two years ago. Hearing the diagnosis didn’t really rattle her all that much. She just wanted to know the next step and the method in which she wanted to treat it. Her discovery of various treatment led her to know that taking shots or medications like Rogaine was not something she wanted to do. Her solution has just been to cut all her hair off and have fun with styling wigs and wearing hats.

“I can be one person one day and another one on another day,” she laughed. “I am not my hair.”

“Me falling apart is not to help me not lose my hair because it is just something that is going to happen.” Jones continued, “I have learned to love myself inside and out, so it really didn’t matter (about my hair falling out). I learned how to self-love. No one is going love me more than I love me.”

Rock’s joke at the Oscars really didn’t offend Jones and she thinks it is all in the way one took the joke. Having a husband heavily involved in the entertainment world, Jones knows entertainers like to entertain and Rock was just entertaining.

According to Jones, it is all how one took the joke. She didn’t not see the joke as offensive but as a compliment to Pinkett Smith’s acting ability. When actress Demi Moore starred in G.I. Jane, she received a worst acting award. Jones thinks if Pinkett Smith starred in the role in a G.I. Jane 2 that she would elevate the level of the film. “She would be the perfect choice,” said Jones. “G.I. Jane 2 with a Black woman coming out would have shown that we (Black women) are fierce.”

According to Jones, a more manly thing for Smith to have done was to call Rock out saying that he offended his wife and asked him to apologize. Slapping him on that platform was not good and she thinks Smith just reacted in the moment after seeing his wife’s reaction to the joke.

Whether Smith’s response was good or bad will continue to be an ongoing debate along with whether Rock was wrong for doing the joke or not. What is needed is for persons around the world to think before they speak, go through some sensitivity training, learn to love yourself, and maybe do a little bit of minding your own business for us all to get along. What team are you on – Team Smith or Team Rock? Let us know your thoughts on the issues on our social outlets.