Lifetime Celebrates Pride Month 2020 With a Special Reairing of Prayers For Bobby and Trapped: The Alex Cooper Story 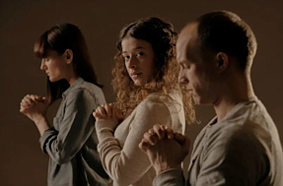 Following the landmark decision by the United States Supreme Court earlier this month to expand civil rights by ruling that federal anti-bias law protects millions of gay, lesbian and transgender workers from workplace discrimination, Lifetime further celebrates the LGBTQ community by airing an encore presentation of the critically acclaimed 2009 original movie, Prayers for Bobby on Monday, June 29 at 8pm ET/PT. Three-time Academy Award nominee Sigourney Weaver stars as Mary Griffith, a profoundly religious wife and mother who began to question her faith after the suicide of her gay son Bobby (Ryan Kelley). Ultimately, with the posthumous acceptance of her son’s homosexuality, Mary drew on the strength and comfort from the gay community, particularly PFLAG, and became a staunch advocate for gay rights before passing away February of this year.

As part of Lifetime’s 30th Anniversary celebration of the Lifetime Original Movie, Prayers for Bobby will also be featured as part of the 4th of July weekend marathon featuring several of the network’s most memorable titles. This film will again air on Sunday, July 5th at 12pm ET/PT.

Prayers for Bobby is produced by Once Upon A Time Films in association with Permut Presentations and Sladek Taaffe Productions for Lifetime Television. Damian Ganczewski is producer. Stanley M. Brooks, David Permut, Daniel Sladek and Chris Taaffe are executive producers. Russell Mulcahy directed from a script by Katie Ford. More on the movie can be found at www.prayersforbobby.com.

Following Prayers for Bobby on June 29th, Lifetime will also re-air the 2019 film, Trapped: The Alex Cooper Story at 10pm ET/PT, Based on the memoir "Saving Alex," the film follows the harrowing journey of 15-year-old Alex (Addison Holley), who after revealing she was gay to her devout Mormon parents, was sent away and trapped for eight-months in ‘conversion therapy,’ enduring horrible punishment at the hands of strangers. Against insurmountable odds, Alex was able to escape and went on to become an important activist in the fight to end these cruel practices. Since the premiere of Trapped and with the added attention to Alex’s story and others from the movie’s debut, Utah has now passed legislation fully banning conversion therapy for minors.Trapped also earned a GLAAD Media Award nomination earlier this year.

As part of Lifetime’s legacy of telling important stories of the LGBTQ community which also includes 2006’s A Girl Like Me: The Gwen Araujo Story about a murdered transgender teen and a mother’s quest for justice and fight for transgender rights, last month Lifetime announced the greenlight of the new film, How We Sleep at Night: The Sara Cunningham Story. With Golden Globe award winning actress Jamie Lee Curtis set to executive produce, star in and direct, How We Sleep at Night is the true story and personal journey of a devout Christian mother who came to terms with her gay son and became a stand in mother for any LGBTQ couples whose families refused to attend their weddings.

Trapped: The Alex Cooper Story is produced by SilverScreen Pictures and executive produced by Jeffrey Hunt, Kyle Clark and Lina Wong. Jeffrey Hunt directed from a script by Michelle Paradise.