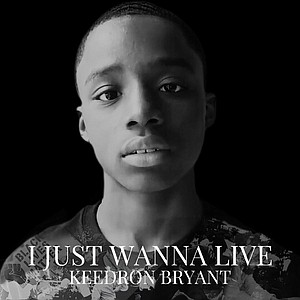 Just two weeks after posting a riveting and emotional performance of original song, “I JUST WANNA LIVE,” in response to long-standing systemic social injustice and as a plea for change, 12-year-old Florida-native Keedron Bryant signs with Warner Records for the official single release. “I JUST WANNA LIVE” has garnered millions of YouTube views and Bryant earned widespread acclaim and an endorsement from President Barack Obama. Bryant has become the voice of the Black Lives Matter movement. “I JUST WANNA LIVE” fittingly arrives on Juneteenth—the oldest nationally celebrated commemoration of the ending of slavery in the United States.

In support, Warner Records is donating 100% of the single’s net profits to the NAACP and Amazon Music will donate $1 for every stream of the song on Amazon Music through 9pm PT tonight to the NAACP, up to $50,00. Stream it HERE. “I JUST WANNA LIVE” was written by Bryant’s Mother, Johnetta Bryant, and produced by Dem Jointz (Rihanna, Brandy, Anderson .Paak).

The Associated Press officially broke the news. Check it out HERE.

Bryant shook the globe with this tear-jerking cry for justice and equality. His heartfelt delivery quakes with an intensity well beyond his years and features a stirring, anthemic production. Stay tuned for the official music video soon. Bryant will perform “I JUST WANNA LIVE” tonight on ABC's primetime special, Juneteenth: A Celebration of Overcoming, starting at 8pm ET/PT, and on the NAACP's Juneteenth Black Family Reunion: The Music, The Moments, The Movement, airing online and on Revolt TV at 1pm PT/4pm ET.

Singing acapella on a smartphone-shot video, Keedron Bryant moved the world to tears with nothing more than his powerhouse voice and the declaration, “I’m a young black man doing all that I can.” The 12-year-old Florida native’s YouTube performance of “I JUST WANNA LIVE” surged around the globe as a clarion call for change and the unassuming soundtrack to a moment of revolution. He performed the song on The Ellen DeGeneres Show via FaceTime, and received acclaim from Good Morning America, CNN, The Steve & Marjorie Harvey Foundation, Access Hollywood, and BBC News. Will Smith incorporated the clip in his “No Justice, No Peace” montage, and LeBron James posted it on Instagram with the caption, “I LOVE YOU KID! I LOVE US!” None other than President Barack Obama also cited it.

Born in Sicily to minister parents, Keedron began singing at just five-years-old. Attending church regularly, he developed a passion for gospel music. The budding talent first turned heads on season four of Little Big Shots. Represented by Heather Beverly, Esq. in association with Tabetha Plummer, Esq, and legendary producer Dem Jointz, Keedron catapulted to the top of the conversation in 2020, landing a deal with Warner Records and releasing the official “I JUST WANNA LIVE” single as his debut. With R&B energy, soul range, and gospel power, he will undoubtedly make a major impact.