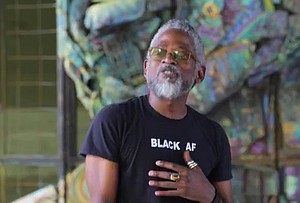 Today, actor and singer, TC Carson (affectionately remembered as "Kyle Barker" of Living Single), independently released a new video for his re-released single, "Come Together". This up-tempo multicultural video was birthed in response to the recent protests surrounding the untimely deaths of George Floyd, Breonna Taylor, Elijah McClain, Ahmaud Arbery and countless other unarmed people of color who have been murdered at the hands of police. During this period of racial tension, Carson feels that it is important that people "Come Together" and promote love over hate in order to serve as a reminder that there is only one race: the human race.

The song, "Come Together", is an original song written, in part, by Mr. Carson and was originally released on his album Truth in 2002, however this is the first time a visual has been placed to accompany the message of the song. It is now available to be streamed on all digital platforms.