COVID-10 Stays In the Air Longer Than First Believe 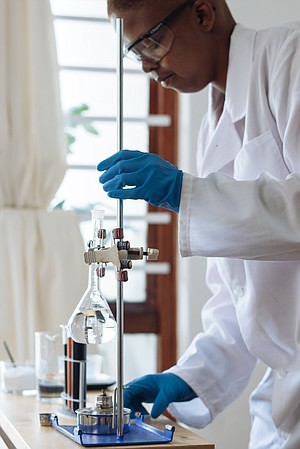 For four months we have been glued to any news source trying to learn everything about what COVID-19 is, what are the symptoms, how it is treated, and most importantly, how to prevent it from getting infected by it. Wearing a mask has become our new fashion statement. Staying six-feet apart from the next person is second nature. Washing our hands is now a ritual. And touching our face is strictly forbidden. All of these measures were supposed to prevent us from getting sick by the tiny droplets expelled in the air when infected individuals cough sneeze and speak. It was and still is hard to get people to abide by these guidelines and now we have learned that these guidelines need to be even stricter.

An open letter from 239 scientists from 32 countries has been drafted to the officials at the World Health Organization (WHO) asking for them to revise their guidelines on the transmission safety of COVID-19. The scientists are basing their requests on findings reported in the journal Science that the disease lasts longer in the air than previously thought.

WHO has maintained COVID-19 was not an airborne disease and was transmitted through contact and tiny droplets. The group of scientists wants WHO to acknowledge that COVID-19 is an airborne illness that can be spread through larger droplets. N95 masks have proven to stop larger particles because they have a complete seal compared to other masks that do not.

In the letter, the scientists wrote, “We are concerned that the lack of recognition of the risk of airborne transmission of COVID-19 and the lack of clear recommendations on the control measures against the airborne virus will have significant consequences. People may think they are fully protected by adhering to the current recommendations but in fact, additional airborne interventions are needed.”

Humans’ droplets on average are the size of 0.1 – 1,000 micrometers. The report indicates that large droplets last almost five seconds in the air while lighter aerosol particles last 12 hours in the air. Other finding includes that droplets can travel a further distance from the original thought of no more than six feet to large droplets traveling over 20 feet. Supporting that claim is a case out of Washington where one asymptomatic choir member infected 32 other choir members just by singing. Another documented case coming out of China indicates where one person infected nine others with COVID-19 in a restaurant. The infected diners were more than six feet away and were on the same pathway that the droplets traveled. The air condition is being blamed on the length of travel of the droplets due to it carrying the droplets further down the pathway to other diners. The journal further stated people could increase their risk of being infected through certain surgical procedures, speech, and exhalation.

It is recommended to open windows and doors to increase the circulation of the air to reduce infection risks. Another recommendation is to invest in an air purifier. Although they are pricey, they have proven to be a great benefit in not just the safety of COVID-19 but other illnesses as well. The air needs to circulate six times per hour to slow the spread of the coronavirus.

The letter is set to be made public later this week. WHO has not yet made a statement of support regarding these findings. However, it is said that they are reviewing the report.