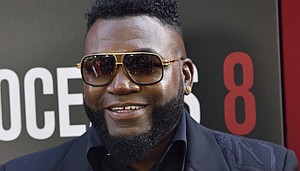 David Ortiz has broken his silence since being shot in the Dominican Republic…. acknowledging in an interview with Univision that he almost died. “I almost died, man,” a teary-eyed Ortiz explained. “I was in a coma. People were criticizing me as if I deserved to be killed.” “I was feeling something that I had never felt before and that was just the feeling of trying to survive,” he continued. Ortiz and a friend were partying at a bar in Santo Domingo on June 9 when a gunman opened fire, allegedly trying to kill Ortiz’s pal, Sixto David Fernandez. “When the bullet hit me, the first thing I felt was like a sting. The first five seconds I thought I was having a nightmare. [Then] a man named Eliezer, who I am very thankful for, he helped me and took me to the hospital,” he recalled.