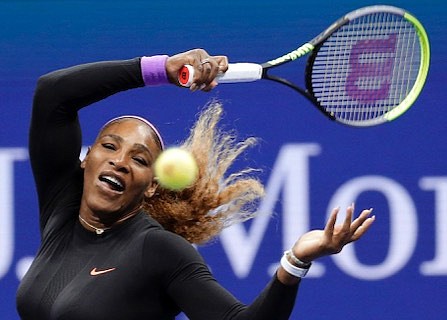 The numbers associated with Serena Williams’ U.S. Open quarterfinal victory were so stark, they bear reading more than once. Winners: 25-0. Points: 50-15. Minutes: 44. Score: 6-1, 6-0. This is the portion of the tournament that is supposed to be where winning a Grand Slam title gets difficult, where the remaining players are among the very best opposition around. And yet there was Williams in Arthur Ashe Stadium on Tuesday night, making one of the last eight women in the draw, someone ranked No. 18 in a world of billions, look and feel completely overwhelmed. Against Wang, who was making her debut in a major quarterfinal, Williams grabbed the first five games in about 15 minutes. Then, after dropping one game, Williams collected the next 11 points to start a seven-game run the rest of the way.