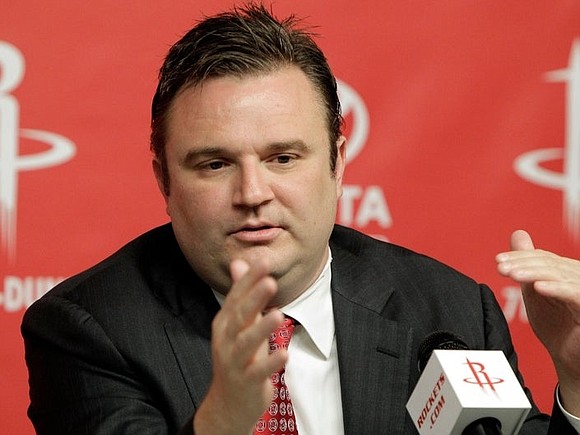 Houston Rockets general manager Daryl Morey tried to defuse the rapidly growing fallout over his deleted tweet that showed support for Hong Kong anti-government protesters, saying he did not intend to offend any of the team's Chinese fans or sponsors. A short time after Morey posted that statement, the NBA said it was "regrettable" that the deleted tweet offended many in China. And all that followed several companies in China, including some of the NBA's major business partners there, lashing out over Morey's original tweet. Morey tweeted an image that read, "Fight for Freedom. Stand with Hong Kong." referring to the four-month-old protests in the semi-autonomous Chinese territory. That led to Houston owner Tilman Fertitta turning to Twitter to say that Morey does not speak for the Rockets, and sparking an outcry that included the Chinese Basketball Association — whose president is Yao Ming, the former Rockets star center — saying it was suspending its relationship with the team.