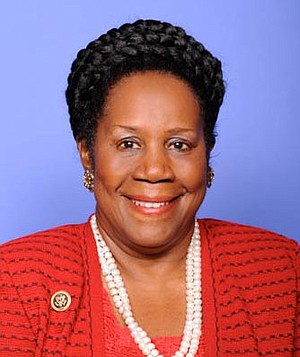 Congresswoman Sheila Jackson Lee, a Senior Member of the House Committees on Judiciary, Homeland Security, and Budget, issued this statement on the occasion of her annual Thanksgiving Turkey Giveaway:

“It is an honor to host this Thanksgiving Turkey Giveaway. During the Congresswoman Sheila Jackson Lee’s annual turkey giveaway, she will help 1600 seniors and their families. This constitutes one of the largest turkey giveaways in the Houston and Harris County areas. Yet, more families are in need.

“Thanksgiving is a uniquely American holiday that celebrates universal truths: family, fellowship and gratitude. It is also a time to renew our values as a country—that we look out for those in need, that we help when we can and that we believe in a sense of family, neighborhood, and community.

“This year marks the 156th anniversary of President Abraham Lincoln’s original Thanksgiving proclamation. As he presided over a civil war that scarred this nation, President Lincoln explained that the bounties which are to be celebrated are the ‘the gracious gifts of the Most High God, who, while dealing with us in anger for our sins, hath nevertheless remembered mercy. It has seemed to me fit and proper that they should be solemnly, reverently and gratefully acknowledged as with one heart and one voice by the whole American People.’

“While well over a century-and-a-half has passed since those words were uttered, the sentiment of unity and togetherness embodied in the message remains after all these years, and the sense that gratitude towards the divine is paramount is a credo that many of us carry forth in our daily lives.

“Our American holiday, of course, would not be what it is without the bounty. But for many families, the promise of a traditional Thanksgiving, replete with a turkey, is beyond reach for many, for differing reasons—some lack the means and some lack the ability. This week, we gather to give thanks on this uniquely American holiday, filled with friends, family and gratitude. For over two decades, Congresswoman Sheila Jackson Lee has contributed to the holiday effort at Thanksgiving by making people in their community feel special through our annual free turkey giveaway for Seniors. The event always brings a smile to the face of these seniors and their families. If the many years past are any indication, we expect to give away hundreds of turkeys. This is a special and meaningful time of year for many families. The onset of the Thanksgiving season heralds the beginning of the holiday season. As we embark on this Thanksgiving Turkey Giveaway, we are hard at work on our next magical event of the holiday season—our annual Toys-for-Kids giveaway, which will commemorate its 25th anniversary this year and will occur next month, and which is also a magical day on Houston’s calendar. Let all who will celebrate this Thursday do so with these sentiments, with gratitude for our bounty and unity of voice.”