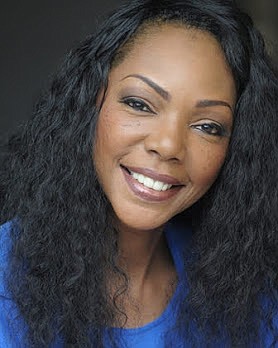 She was an almuna of Texas Southern University where she earned her Bachelor of Fine Arts (B.F.A.) degree in theatre and went on to direct several plays in the theatre department. She was a proud member of St. Luke the Evangelist Episcopal Church and Alpha Kappa Alpha Sorority, Inc. which she acknowledged with the sorority pinky hand gesture during the bow at the closing of every performance.

Detria’s sultry voice was known by many through her work as a former radio talent with KTSU 90.9 FM and announcer for the half-time performances at Texas Southern University football games. She later served as General Manager of Music World Entertainment Management (former home of Beyoncé), and was most currently the Theatre Arts Coordinator at Energized for ESTEM High School.

Her artistic voyage with The Ensemble Theatre began in the mid 1980’s with the play It’s Showdown Time directed by The Ensemble Founder George W. Hawkins, and continued up to her final performance in the theatre’s “The Rhythm of Life’s Journey” 2019-2020 season opener, School Girls: Or; The African Mean Girls Play. She was the recipient of the 2013 Best Actress Houston Press Theatre Awards and many Giorgee Awards, an honor affectionately named after the theatre’s late founder. Her top audience favorite performances on The Ensemble stage include: Sassy Mamas, Fences, What I Learned In Paris, The Old Settler, Knock Me A Kiss, TheNacirema Society, and many more.

Detria’s other theatre credits include Shaking the Mess Out of Misery at Stages Repertory Theatre, and The Maceba Affairs touring production of the play The Girl Who Chose Abortion. She was represented by the Houston talent agency Pastorini-Bosby and will be seen in the upcoming film Lilianby Molly Vernon. She was a well-known host of Bace Productions’ annual Miller Outdoor Theatre Dancin’ in the Streets... Motown and More Revuefor 22 years. She recently returned from The National Black Theatre Festival (2019) held in Winston-Salem, North Carolina, performing in The Ensemble’s sold out production of Front Porch Society.

Her loving spirit and multi-talented ability to articulate stories through the various characters she played will be missed. She was humble and generously expressed her love for The Ensemble Theatre.

“I’m so blessed to be a performer!” ~ Detria Marie Ward

The Ensemble Theatre was founded in 1976 by the late George Hawkins to preserve African American artistic expression and enlighten, entertain and enrich a diverse community. It is the oldest and largest professional African American theatre in the Southwest, it also holds the distinction of being one of the nation's largest African American theatres that owns and operates its facility with an in-house production team.

The Ensemble Theatre produces a main stage season of six contemporary and classic works devoted to the portrayal of the African American experience by local and national playwrights and artists. The theatre’s Performing Arts Education program provides educational workshops, Artist-in-Residence experiences and live performances for students both off-site and at the Theatre. The Young Performers Program offers intensive summer training for children ages 6 to 17 encompassing instruction in all disciplines of the theatre arts.