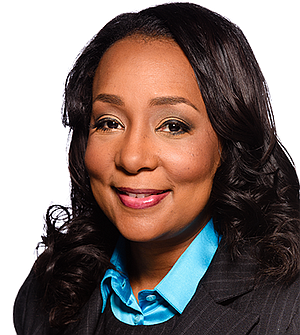 My daughter's name is Alamni. It means "the one who brings peace." She is in her second year at the United States Military Academy, the first in our family to join the ranks of the Long Gray Line.

As her name suggests, her dream of becoming a West Point cadet was not based on a desire to fight. Her motivation was simple patriotism: to serve her country-to stand in defense of her fellow Americans, as the cadet oath goes, "support the Constitution of the United States, and bear true allegiance...."

What first sparked her interest in military service was her sixth grade American History Day Project. Her topic: the Tuskegee Airmen. Alamni was inspired by the heroics of the Red Tails and their against-all-odds achievements, which helped pave the way for full integration of the U.S. military. She was particularly fascinated by their commander, Benjamin Davis Jr., who went on to become the Air Force's first African-American brigadier general. (Davis had a great role model; his father was the first African-American to reach the rank of Army Brigadier General.)

Davis Jr. had another admirer, too. Bill Clinton. In 1998, when presenting him with his fourth star, President Clinton characterized Davis as "living proof that a person can overcome adversity and discrimination, achieve great things, turn skeptics into believers; and through example and perseverance, one person can bring truly amazing change."

At West Point, my daughter is following the trail blazed by the Davises and many other great leaders who have achieved great things in the military. She is in the process of learning to transform her vulnerabilities into strengths and developing her leadership abilities. I hope that one day she, too, will achieve great things and bring amazing change.

Today I am not as confident. There is all too much reason for me have concerns. According to recently released 2020 Index of Military Strength, today's U.S. military is "only marginally able to meet the demands of defending America's vital national interests."

While the Army's combat readiness levels are rated higher than all other services, it is still struggling to rebuild its end strength-deteriorated by almost two decades of near continuous use, combined with inadequate funding for most of the last decade.

Today's army is low on manpower. It now has only 31 Brigade Combat Teams-down from 45 just eight years ago. As the National Defense Strategy Commission warned Congress last year: "Simply put, the United States needs a larger force than it has today if it is to meet the objectives of the [National Security] Strategy."

It also is ill-equipped for the modern battlefield. The Army is using equipment designed primarily in the 1970s, fielded in the '80s and then only incrementally upgraded since then. The Index labels it "a modernization gap."