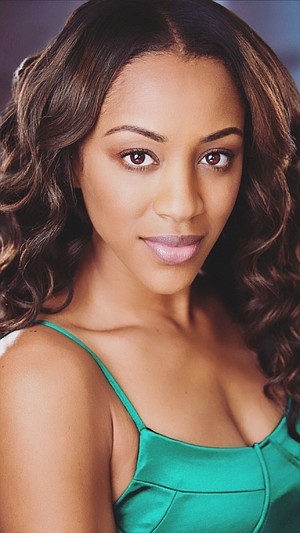 Charlana will be returning for her second season on the Amazon Prime series "Cycles" where she plays the character Nina. She will be guest starring on the Will Ferrell's digital Network (Funny or Die) series "Black Coffee" Tuesday November 19th @ 7am . Charlana has 5 spots running now. She most recently booked a Gatorade commercial in Mexico which will start airing in December.

Charlana Brown is originally from Detroit Michigan but was raised in Los Angeles California. She has been an athlete most of her life. She has worked with numerous athletic brands for commercial and print. Brands include Nike, Adidas, Under Armour, Asics, Sketchers and that's to name a few.

She started out as a young tennis player, playing throughout Southern California and then in Florida. She studied at Florida A&M University while on a full Tennis Scholarship. At FAMU she studied Broadcast Journalism while taking Theatre classes on the side. After graduating Charlana moved back to Los Angeles to pursue an Acting career and fitness modeling career. She has starred in commercials from McDonalds, Apple, Ford, Nike and many more. She has worked with athletes like Serena Williams, Sloan Stevens, and Simona Halep.