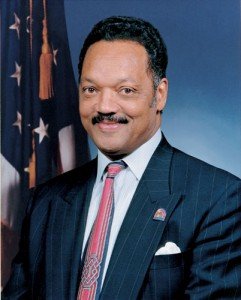 We just celebrated Veterans Day, paying tribute to the young men and women who have served our country. Across the country, families gathered at the gravesites of those who gave their lives. Veterans drank toasts to their fellow soldiers. In football and basketball stadiums, crowds offered a moment of silence for the fallen. The rituals are heartfelt, but far from complete. Too often ignored is the far greater number of lives that are lost not on the battlefield but at home, not from the enemy's guns but from our veterans' own hands.

Now, in the sober aftermath of the celebration, there should be a reckoning. On an average day, a staggering 20 veterans commit suicide. The deaths from suicide outnumber the losses on the battlefield in Iraq and Afghanistan. The risk to veterans who served in combat holds true for all generations. It doesn't matter if the war is popular or unpopular; the veterans celebrated or controversial. Even the Greatest Generation that fought in World War II suffers current suicide rates four times that of civilians.

In a stunning essay, Matthew Hoh, an Iraqi veteran who came close to suicide himself, tries to put this in perspective. The famous Vietnam Memorial, he writes, "is a wall that contains 58,000 names. It would have to lengthened by some 2,000 feet to include the 100,000 to 200,000 plus Vietnam vets who are estimated to have been lost to suicide, while keeping space for those yet to come. VA data reveals that almost two Afghan and Iraq veterans die by suicide each day on average. That adds to an estimated 7,300 veterans who have killed themselves since just 2009, after coming home from Afghanistan and Iraq, a number greater than the 7,012 service members killed in those wars since 2001."

The military is aware of the depth of this horror and has dedicated a billion dollars in trying to solve it. The New York Times reports that the Veterans Crisis Line (VCL) is incredibly active, staffed 24/7 at 800-273-8255. This service, only available since 2007, has helped stave off hundreds of thousands of potential suicides. More than 30 times a day, VCL responders call police, fire or EMS to intervene in a suicide situation. Thirty times a day.

There are many explanations offered for why veterans -- and the families of veterans -- are at greater risk of suicide: the difficulty of readjusting to civilian society; the macho military culture that keeps soldiers from seeking help; the post-traumatic stress disorders that result from combat.

Hoh, wisely in my view, offers a broader explanation: that veterans suffer from a moral injury -- a shock to their own sense of themselves, their basic moral values from what they have done or have not done in combat: The killing of the enemy, the failure to save the life of a comrade, the mistaken shooting of the innocent. Thou shalt not kill is a basic precept of all religions. In war, the state gives soldiers the mandate to kill. The military has perfected ways of conditioning young men and women to be able to kill in combat. Yet, Hoh argues, the conditioning does not prevent some from seeing themselves in the enemy, from feeling deeply the violation that comes from violence.