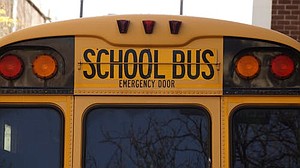 Every year, about 2,000 Houston students are sent to an alternative campus after getting in trouble at their neighborhood schools. They’re already at a high risk of dropping out. But now that the Houston Independent School District has cut off bus service for high schoolers assigned to the campus in Greater Fifth Ward, advocates are worried their risk of dropping out is even higher. The students who are assigned to the alternative campus — known as the Secondary Disciplinary Alternative Education Program, or DAEP, school — come from across the district. Data shows that the majority of them are from low-income homes and black and Latino students receive the most disciplinary referrals. A letter was sent to HISD’s Interim Superintendent Grenita Lathan asking the district to either restore the bus service or let the high school students return to their regular school. She said the students affected include teenagers with special needs who have a federal right to transportation as a service if they need it to get to school.