Weighing In On the Healthcare Debate: Hot Button Issue of 2020 Election 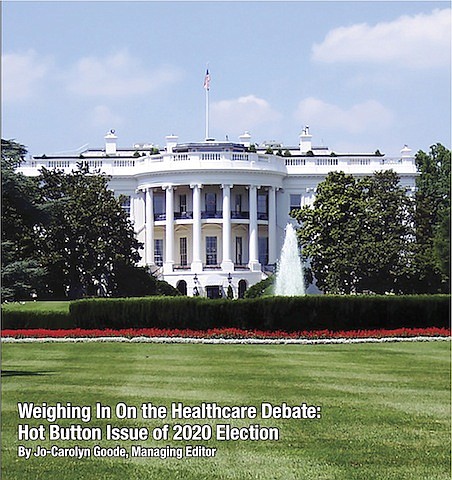 About fifteen years ago, I became painfully aware of how crucial the healthcare topic is. After all, something is not on top of your priority list until it hits you close at home right. Before being diagnosed with an incurable autoimmune disease, Systemic Lupus Erythematosus, I viewed health insurance as something all Americans had for those “just in case something happens moments.” I only really used my health insurance for check-ups and prescriptions for antibiotics for common viruses and bacteria. I thanked God that I never really had anything too serious growing up. As the saying goes, we are all one moment from a tragedy or sickness.

My turning point came when I was told I had SLE, a disorder that has multiple symptoms and can affect your body organs, joints, and skin. Over the years, the disease has caused me to be in and out of the hospital, take multiple drugs, miss school, and work, and adjust my life in other ways. It has been a crazy battle but I am still standing and winning.

When I was first diagnosed I was still on my mother’s insurance. The problems came when I had to seek insurance on my own. Because I was now seeking insurance as a person with a pre-existing condition, insurance companies took my misfortune as their gain to want to charge me crazy high prices to obtain health insurance or outright deny me coverage altogether. They would be out too much money doing the very things they exist for…provide quality health insurance for people to use when they are sick or for preventative care. So what’s a girl to do? Go without health insurance and pray that my Lupus doesn’t flare up,

For a few months, that plan worked. I lived at home with my mother so my expenses were low and the majority of the money I made went to out-of-pocket costs for specialty routine doctor visits and medications to keep my Lupus in a remission type condition. However, that didn’t last. My Lupus flared up, attacked one of my organs hard, and the next thing I was doing was shelling about $1,000 plus for monthly treatments to get it I check in addition to all the previous money I was spending on my health. Being a young professional just started out in my career that was an expense I couldn’t keep up with.

Advance to the day when a man named Barack Obama came into power with the passage of his signature legislation of the Affordable Care Act and I thought the heavens had opened. I finally would be able to get affordable healthcare for a preexisting condition. Obamacare, as it came to be called, was expanded overall coverage for all with a single payer plan. Of course, nothing would make all Americans happy, but it did help out millions who had been either forgotten or abused by health insurance companies tactics; more so than any health care bill in recent history. The passage of the bill was both historic and triumph.