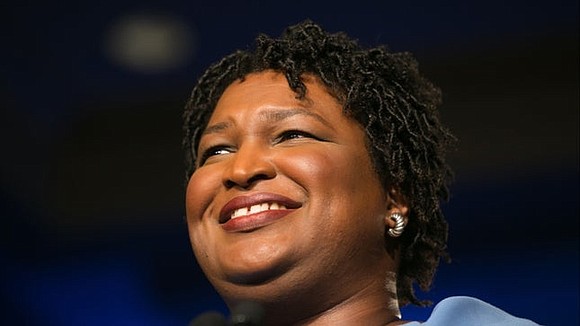 Former Georgia Democratic gubernatorial candidate Stacey Abrams will expand the voting rights organization she founded ahead of the 2020 elections into several battleground states, according to the Atlanta Journal-Constitution.

Abrams’s plans include training staffers this year in 20 states to work against voter suppression in 2020, according to the newspaper. She is slated to announce the expansion Tuesday in a speech to the International Union of Painters and Allied Trades in Las Vegas.

The former state legislator and voting rights activist will follow the announcement up with a weekend event in Georgia's Gwinnett County, at an elementary school where voters were forced to wait in line for hours to vote in 2018 due to technical malfunctions, according to the newspaper.

In addition to working in battleground states, the $4 million initiative will also target Louisiana, Kentucky and Mississippi, three red states with gubernatorial elections in 2019, according to the newspaper.

Abrams has frequently implied voter suppression enabled by her 2018 Republican opponent, then-Secretary of State Brian Kemp, contributed to his victory, citing the cancellation of thousands of registrations for voters who hadn’t voted in recent elections and hours-long lines.

Abrams, who decided against challenging Sen. David Perdue (R-Ga.) in 2020, has refused to rule out either a run for president or running against Kemp again in 2022.