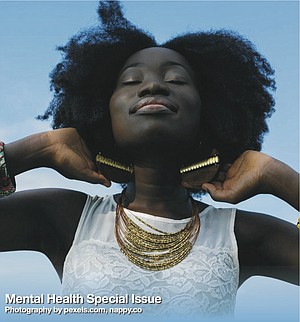 As mental illness has moved more into the forefront of conversations, more has been learned and a better understanding of it has grown which has vastly helped with treatment methods. Some treatments used in the early years of mental illness was trephination, where a portion of the skull was removed using a saw. It was thought to relieve headaches. Greek medicine believed that imbalanced humors caused mental illness so they believed in bloodletting and purging to correct the imbalance as stated by Everyday Health. During the 17th century, the popular method of treatment was isolating the patient and putting them in insane asylums. These places where more so for the public than the patients themselves as those with mental illness were kept out of view of the public’s eye. Also popular during this time was ice baths and restraints. For about 30 years beginning in 1927, the mentally ill were put in insulin comas because doctors of that time thought fluctuations in insulin levels could change the way the brain worked. Treatment of this type was risky as one to ten percent of patients died. Electroconvulsive therapy became a safer alternative. From there, Metrazol therapy was introduced to induced seizures. The FDA disapproved this drug in 1982. Bringing us up to the 1950s was the Noble Prize winner in 1949, lobotomies. Pieces of the lobes of the brain were removed. Some patients did experience limited success as symptoms did improve. However, other impairments occurred so this method was discontinued.

Increase research of mental illness has led to better drugs to address the different classes of disorders. Antidepressants are used to treat depression as serotonin reuptake inhibitors. Antipsychotic drugs treat psychotic disorders. Mood stabilizers treat bipolar disorders. Electroconvulsive therapy, repetitive transcranial magnetic stimulation, and vagus nerve stimulation are used to treat severe depression for those that don’t respond to drug therapy. Talk therapy has also grown as a successful treatment for a wide range of individual. Group therapy, couple therapy, and family therapy were noted as helping people to better cope with the problems that cause stress.

One of the greatest barriers to overcoming mental health was access to treatment. Technology has helped to alleviate that obstacle by making treatment options more convenient, lowering associated costs, and making it more appealing to patients.

There are a number of mental health apps and more are to come. Some of the widely used apps include:

Self-Management Apps: This is a highly engaging app where the user inputs information and the app responds by giving medication reminders, tools to handle stress, and track vitals.

Thinking and Memory Apps: Patients get skill training to learn how to handle anxiety and other issues. It also can track the usage of those skills.

Illness Management Apps: Allows patients to connect to a mental health professional for virtual help as well as with others who are suffering from mental illness for peer support.

Increased awareness of mental health has further advanced the way it is comprehended and treated thereby helping millions. However, more research is still needed. It is clearly a widespread problem with people walking among us who don’t even know that they are mentally ill but through their actions, we know that they are. It will take more people being aware of what mental illness is and being able to recognize the signs and symptoms before something tragic happens to get the suffers help to cope. Mental illness is treatable and in some instances preventable with the usage of drugs, family & friends support research, counseling, and a great medical team.