For the Love of the Game: Ballparks Across the U.S. To Celebrate the Dominican Republic’s Contribution to the Major League Baseball 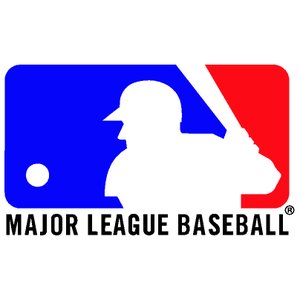 DOMINICAN REPUBLIC, Sept. 04, 2018 (GLOBE NEWSWIRE) -- To honor the passion and contribution of Dominican Republic to the sport of baseball, ballparks across the country will host Dominican Republic Day at the Park. Kicking-off Wednesday, August 29, at Yankee Stadium, the series will offer a salute to past and current Dominican players that have given so much to the game and helped make the sport what it is today.

“Baseball is woven into the fabric of Dominican culture and we are proud of the contributions of so many talented players from our country,” said Magaly Toribio, Marketing Advisor for the Dominican Republic Ministry of Tourism. “With our major teams in or near many of our major tourist destinations, we invite all visitors to Dominican Republic to experience the heart and passion that goes into the sport during one of our winter league games.”

Game integrations will include a video honoring the iconic players and on-field presentations to Dominican home team players in addition to giveaways at select stadiums. Leading up to the game, attendees will have the chance to enjoy authentic Dominican music, with live bands performing before the game and also at select games, enter for the chance to win a trip for two to experience the beauty and charm of the country and its people first-hand.

Specific dates and locations are as follows:

Many LIDOM players go on to play in U.S. Major League Baseball. The MLB has long been known to pull players from other countries. As of opening day for the 2018 MLB season, 30 percent of 864 players were born outside of the United States. Since 1995, Dominican Republic accounts for the largest percentage of those players with 93 players – representing 36 percent of all foreign players and 11 percent of all MLB starters. This is particularly impressive for a country with a population no larger than that of Ohio, and an area that is half the size of Indiana.

Standout MLB players from Dominican Republic over the years have included Baseball Hall of Famer San Francisco Giants’ Juan Marichal and of the trio of Pedro Martinez, Manny Ramirez and David “Papi” Ortiz that propelled the Boston Red Sox to win the legendary World Series in 2004.

The History of Baseball in Dominican Republic

For over 100 years, baseball has been at the center of cultural life in the Dominican Republic. Though the origins of baseball in the Dominican aren’t exactly known, historians suggest that baseball first came to the island around the 1880s. Though it is a historical misperception that American Marines brought the game to the island during the 1916 invasion, the United States did play an integral, though indirect, role in bringing baseball to the country.

The first baseball teams on the island were formed either in the year 1894 or 1895. By the 1920s, Dominican teams were competing against other Caribbean countries and teams in North America. The game enjoyed most of its popularity in the southeast of the country, where generations involved in the sugarcane industry learned the sport during seasonal down time.

The sugarcane factory owners actually encouraged employees to participate in the sport and gave financially to the practice of this game. This area of the country still produces the greatest number of players who go on to play professionally. In fact, there are more Dominican players in the minor and major American leagues than there are of all other players of Caribbean nationality combined. All major league teams have training camps in the Dominican Republic to scout and train players for professional potential. As it has each year since MLB began releasing annual data in 1995, the Dominican Republic continues to lead the Major Leagues with the most representatives from any one country.

Whether you’re a lifelong baseball fan or curious to check out a game, Dominican Republic has it all. For information on baseball, hospitality options, local excursion providers, natural attractions and more, visit www.GoDominicanRepublic.com.