“The Cook Up: A Crack Rock Memoir” by D. Watkins 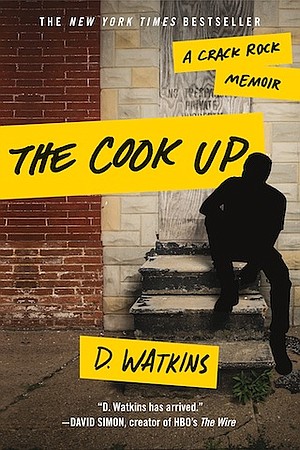 Everything has a price.

You say you’ll never sell your granddad’s watch, your dream car, or that collectible you coveted because it’s priceless – until it’s not, because everything is for sale. But in “The Cook-Up” by D. Watkins, it may cost your entire life. 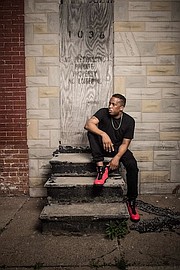 Around the country, headlines scream about a heroin epidemic every day. It’s shocking, but what many (white) people don’t know is that, as Watkins says, “if you’re black and poor, the heroin epidemic has been around.”

He should know. For a time, he sold drugs on the streets of Baltimore, where the average life ends so early that “We go through midlife crises at fifteen…”

He was much younger than that when he saw his first shooting; much younger when he understood that drugs were as easy to get as oxygen. He idolized his big brother then; Bip was larger-than-life, a dealer who doted on Watkins and urged him to stay in school. He wanted Bip to be proud of him, so when his brother was murdered just blocks from home, Watkins tried to stay in college but his heart wasn’t in it. Instead, he created his own business with the contents of a safe Bip left him: miscellaneous items, a brick-and-a-half of raw cocaine, guns, and thousands in cash.

With help from a childhood friend, Watkins cooked the cocaine into rocks to sell and as his clientele list grew, so did the number of workers he needed to stay one step ahead. His level of responsibility grew, too; Watkins made sure that folks in his neighborhood were fed, clothed, and safe. That took money, but there was plenty of it.

For months, Watkins and his boys had whatever wanted, the “fiends” had their highs, and cops looked the other way. Things were good until suddenly, Watkins looked around and into the future: he’d met a girl, and he needed to come up with an “exit strategy” for himself and one of his boys.

The problem was, he said, “dudes don’t know when to leave the block alone.”

The first thing you need to know about “The Cook Up” is found on its cover: Watkins himself is in shadow, on the bleakest of stoops, near a doorway covered in plywood. An inexplicable feeling of electricity, then, screams that what you’re about to read is going to be raw, and it’s right.

With a fascinating tone that sometimes seems impassioned, almost matter-of-fact, author D. Watkins writes about childhoods spent in poverty – his, and that of his friends – and the things it led them to do to survive. Read further, however, and you’ll see that his quiet voice almost quivers with righteous anger and anguish as Watkins’ story progresses to an ending that feels happy and perfect and depressing, all at the same time.

It should go without saying that this isn’t a book for Grandma, unless she can handle profanity and violence. If you can handle it, you’ll find that “The Cook Up,” now in paperback, is worth the price of time.