Texans and Cowboys to Meet at 7:00pmOn Thursday - Clubs and Players to Donate Proceeds to Hurricane Harvey Relief Efforts 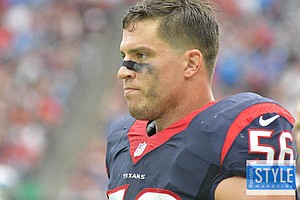 The Houston Texans and Dallas Cowboys will play the final preseason game for both teams at AT&T Stadium in Arlington, Texas on Thursday, August 31st at 7:00 p.m. CT.

Game proceeds, representing contributions by both clubs and the players, will be donated to the United Way of Greater Houston Relief Fund that supports the efforts of the Red Cross and Salvation Army for Hurricane Harvey relief and recovery along the Texas Gulf Coast.

TICKETS: All tickets to the game will be $25, and they will be available online at Ticketmaster.com beginning at 7:00 p.m. tonight. Tickets may also be purchased at AT&T Stadium between 9:00 a.m. and 5:00 p.m. on Wednesday, and on Thursday starting at 9:00 a.m. and continuing to kickoff time. Tickets issued for the game scheduled to be played at NRG Stadium in Houston will not be valid for the rescheduled game in Dallas. All original ticket buyers and purchasers of tickets through the Texans official secondary ticket market (TicketExchange) have been contacted directly about their refund options. No TicketMaster convenience charges will be assessed for tickets purchased for this game.

All tickets and parking passes purchased online will be mobile delivery only.

PARKING: All of the AT&T Stadium parking lots will open at 4:00 p.m. on Thursday and individual parking passes can be purchased by cash or credit card upon arrival for $25.

Parking passes may also be purchased online through Ticketmaster beginning at 5:00 p.m. today.

In addition, parking passes can be purchased in person at AT&T Stadium’s ticket offices between 9:00 a.m. and 5:00 p.m. on Wednesday.