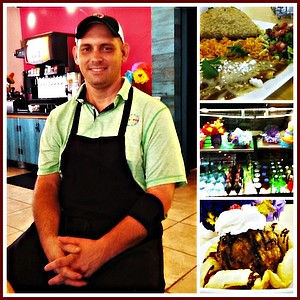 There is no place like home especially when it comes to the people we know, the places we go, and the food we enjoy. After 23 years of working for one of the largest restaurant chains in the state of Texas, Ronnie Curnan decided to embark on his own restaurant journey. However, he’s keeping it close to his home in Sugar Land.

RC’s Tex-Mex Kitchen, located at 939 Eldridge Road, in Sugar Land, opened its doors in April 2017 and the neighbors were ready. Many nights they sold out of everything as the word began to spread about this new restaurant. They open at 7:00 a.m. for breakfast and close shortly after the lunch crowd finishes at 2:00 p.m. On Fridays and Saturdays, RC’s serves breakfast until 11a.m., lunch and dinner closing at 8p.m.

So what’s on the menu? Breakfast tacos: bacon, sausage, chorizo, potato, all served with eggs and cheese. They also have a breakfast platter which consists of: two breakfast tacos, served with potatoes, refried beans, served with coffee, juice, or another beverage of your choosing. At lunch and dinner time RC’s offers: Enchiladas, (beef, chicken or shrimp), nachos with all of the fixings, tacos, burritos, sizzling fajitas, and some of the tastiest charro beans that I’ve tasted in a long time.

Also, RC’s has a dessert menu that varies from tres leches cake, churros and fried ice cream. They have fountain drinks in addition to some bottled favorites such as: Jarritos, Topo Chico, and Snapple.

On my first visit to RC’s Tex-Mex Kitchen, I opted for the chicken fajita nachos, which are prepared with queso, beans, guacamole, meat, sour cream and jalapenos. Everything on the plate was fresh. The meat was full of flavor. The cheese was creamy and hot. Needless to say, I had to “tap out” after that plate; the menu reads “loaded nachos” and they don’t hold back on food.

Finally, I closed the evening with a fried ice cream treat, which was the perfect bite of vanilla ice cream in a crispy vanilla wafer casing that was topped with whip cream.