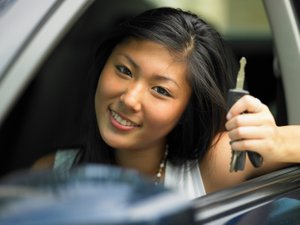 Houston, TX, April 12, 2017 – Ford Driving Skills for Life, a free hands-on training program for newly permitted and licensed drivers, is coming to Houston on April 22 and 23 at NRG Stadium as part of its 14th national tour.

Across the United States, motor vehicle crashes are the leading cause of death among teenagers. The award-winning program helps new drivers stay safe behind the wheel by capturing teen and parent interest with free ride-and-drive courses that pair newly licensed drivers with professional driving instructors.

Beyond driver’s education training, the program focuses on the issues and obstacles drivers face that cause crashes including vehicle handling, hazard recognition, speed and space management, and distraction. It will also discuss the dangers of impaired driving and offer participants the use of Ford’s drugged and drunk driving suits.

“We are excited to bring our global award-winning program back to Texas,” said James Graham, global manager, Ford Driving Skills for Life. “We look forward to expanding our efforts to help reduce the number of crashes and fatalities through real-world training and teaching improved decision-making skills. Partnering with our Texas Ford Dealers and the Texas Department of Transportation Traffic Operations Division, we believe we are making a substantial contribution to safer driving for local students and parents in the Houston area.”

According to the Texas Highway Safety Office, in 2016, there were 118 teen driver fatalities and 5,898 teen driver injuries resulting from 83,278 total crashes involving teen drivers.

"We are excited to have Ford Driving Skills for Life in Houston for the first time," said Terry Pence, Director of Traffic Safety at the Texas Department of Transportation. “This program helps participating teens learn effective driving habits to use behind the wheel. Our hope is that they’ll share what they’ve learned with parents and friends to spread the message about the importance of safe driving.”

“Mission Not Accomplished: Teen Safe Driving, the Next Chapter,” a Governors Highway Safety Association report released in October, shows that despite progress reducing teen driving deaths from 2005 to 2014, teen drivers are still 1.6 times more likely to be involved in a fatal crash than adults 35-40. Special emphasis for 2017 includes instruction for drivers ages 18-20, who are involved in more fatal crashes than younger teens.

To register for the Ford Driving Skills for Life program at NRG Stadium, please visit www.drivingskillsforlife.com.