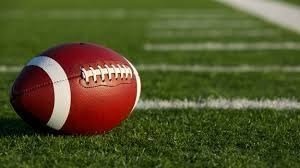 HOUSTON – The Houston Texans announced their opponents for the 2017 preseason today, which features a matchup against the defending Super Bowl Champion New England Patriots at NRG Stadium. The exact dates and times for the games will be released at a later date.

Houston will open the preseason on the road against the Carolina Panthers before hosting the Patriots in Week 2. The Texans travel to face the New Orleans Saints in Week 3 and close out the preseason at home against the Dallas Cowboys. Last season, Houston finished the preseason undefeated for the first time in franchise history.

The matchup with the Panthers in Week 1 is only the second time the two teams have faced off in the preseason with Houston winning the first matchup 26-13 in Carolina in 2012. The Texans and Panthers most recently met in the 2015 regular season, a 24-17 victory for Carolina to tie the all-time regular season series at 2-2.

In Week 2, the Texans will welcome the defending Super Bowl Champion Patriots to NRG Stadium for the first-ever matchup between the two teams in the preseason. Houston and New England met in Week 3 of the regular season last year and in the AFC Divisional Round in Foxborough.

Houston will go on the road in Week 3 to face New Orleans for the ninth time in 10 years and 10th time overall in the preseason. The Texans lead the all-time preseason series between the two teams at 5-4, with Houston winning both of the last two meetings, including a 16-9 victory at NRG Stadium in 2016.

Week 4 marks the third straight year the Texans will wrap up the preseason against the Cowboys and 10th preseason matchup overall between the two teams. Houston leads the head-to-head preseason series at 5-4, dating back to the first contest in 2003. The Texans won 28-17 last season at AT&T Stadium to close out the preseason.