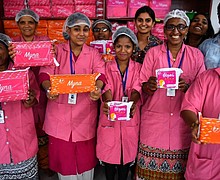 Indian startup Zomato is giving six months of paid leave to all new parents among its 5,000 corporate employees worldwide.

French health authorities are urging parents with young children and pregnant women to get their lead levels tested after April's catastrophic fire that engulfed Notre Dame Cathedral in the French capital.

Austria is welcoming its first female chancellor with the appointment of Brigitte Bierlein, who will lead a caretaker government until elections can be held in September. 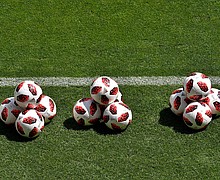 Spanish police have arrested a number of players and officials as part of an investigation into match-fixing in football, they said in a statement.

Zimbabwe sells elephants to China and Dubai for $2.7 million

Zimbabwe made $2.7 million from the sale of more than 90 elephants to China and Dubai, according to a spokesman for the country's wildlife agency.

It's Trump vs. Xi in the China trade war -- and it's personal

Neither Donald Trump nor Xi Jinping can afford to blink. A personal duel between two rival presidents could ensure that the escalating trade war across the Pacific may last longer than anyone expected.

Nigerian police arrested 65 women in a raid. Some of the women say officers raped them

In a sparsely decorated room in Nigeria's capital city of Abuja, seven women are seated in a row, their backs turned to the assembled media to remain anonymous. 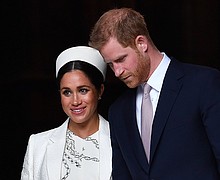 The royal baby is a boy, Meghan and Harry announce

Meghan, the Duchess of Sussex, gave birth to a boy in the early hours of Monday, Buckingham Palace has announced.

Harry and Meghan's new baby: What we know so far

The countdown is over. Meghan and Harry have welcomed a baby boy. 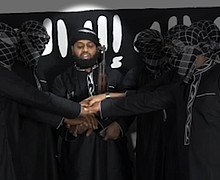 The sister of the suspected ringleader of Sri Lanka's deadly Easter Sunday bombings has told CNN up to 18 of her family members are missing and feared dead since the attacks and subsequent raids.

Joseph Yun, the former State Department Special Representative for North Korea, confirmed Monday that he signed an agreement to pay North Korea $2 million for the release of American student Otto Warmbier in 2017. 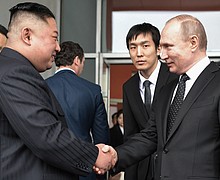 Why the Vladivostok summit is a coup for Vladimir Putin

Russian President Vladimir Putin can be forgiven for appearing slightly weary at the banquet he hosted Thursday for North Korean leader Kim Jong Un: The venue in the far eastern city of Vladivostok is seven time zones ahead of Moscow.

Israeli soldiers shot a blindfolded, handcuffed Palestinian teenager who had been arrested on suspicion of taking part in disturbances as he tried to flee.

First, they came for the asylees and the refugees. Then they came for the children at the southern border. And now they are coming for the visa overstays. In a memorandum issued on April 22, President Donald Trump ordered the ...