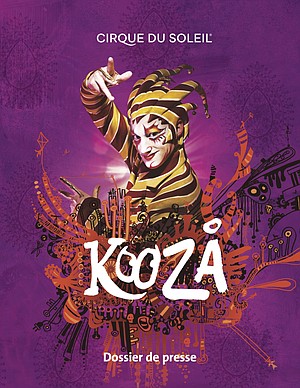 making a celebrated return to Houston for the second time. From January 25 to March 5, 2023, audiences are invited under the Big Top at Sam Houston Race Park to be swept away by the sheer magic, daredevil performances and mischievous clowns of KOOZA. More than 10 years after it first debuted in Houston, KOOZA will once again deliver a signature Cirque du Soleil experience in its most exciting form with high-flying acrobatics, whimsical characters, lavish costuming, colorful sets, hilarious clowning and a powerful live score. Acclaimed the world over since its opening in 2007, KOOZA has mesmerized close to 8 million spectators with over 4,000 performances in 65 cities across 22 countries.

A breathtaking return to the origins of Cirque du Soleil, KOOZA pays tribute to traditional circus in all its splendor with audacious acrobatic prowess and bold slapstick comedy. Filled with chills, thrills, laughter and wonder, KOOZA unfolds a non-stop, adrenaline-packed series of edge-of-your-seat surprises. Under the watch of a mysterious trickster with electrifying powers, KOOZA follows the self-discovery adventures of the Innocent who is magically transported to an exotic yet zany kingdom. For tickets and information, visit visit cirquedusoleil.com/kooza.