The Astros Deserve More National Attention. Why Hasn't It Happened? 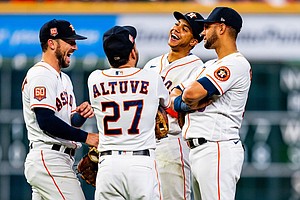 If you are a diehard baseball fan who watches the national sports shows daily, you cannot help but notice a couple of things happening over the last few weeks.

New York Yankees slugger Aaron Judge has been shown more than Flo from the Progressive Insurance commercials, and some would say rightfully so since he currently has 57 home runs with 20 games left on the Yankees schedule.

If Judge’s highlights aren’t enough for you, the networks will ensure you have your healthy dose of Mike Trout and Shohei Ohtani, who form a dynamic duo for the Los Angeles Angels. The former A.L. MVPs are putting together great individual seasons; some would say they deserve all the television time they are getting. 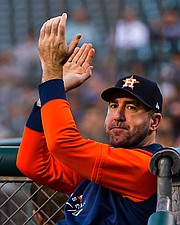 But just once, some baseball fans who love the game would like the baseball segment to feature the best team in the American League, the Houston Astros.

You know the team who leads the Aaron Judge-led Yankees by 6.5 games in the standings for the best record in the A.L.

The team is in first place in the A.L. West and has a 32.5-game lead over the Trout/Ohtani-led Angels.

Yes. That Astros team that has one of the best pitching staffs in the league, with two guys in the running for the A.L. Cy Young Award in Justin Verlander and Framber Valdez. Who also were voted onto the 2022 MLB All-Star team this season and have a combined record of 31-8.

What about third baseman Alex Bregman who was voted A.L. Player of the Month for August? Does his consistent play not warrant helping his team get more airtime nationally? 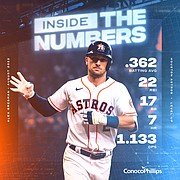 He batted .362 with seven home runs and 22 RBIs in the 27 games he appeared in last month. His .452 on-base percentage, to go along with his 1.133 OPS, should at least get him some consideration since he plays in the same conference as the players being highlighted.

Suppose pitching and Player of the Month honors don’t warrant the Astros being seen by their fans outside of Texas. Does winning games move the needle? Houston (94-50) is six games away from having their fifth 100-win season in franchise history.

Since losing two games in a row to the Atlanta Braves in mid-August, the Astros have won 17 out of the 22 games they have played.

Wait. Winning games does not do it even though the Yankees and Los Angeles Dodgers highlights run consecutively when they defeat an opponent.

Ok. I get it. Pitching, victories and good players do not move the needle. The casual sports fan that watches baseball highlights want to see runs.

No problem. In their last 11-games, the Astros have outscored their opponents 55-16. During their current five-game winning streak, they scored 32 runs and only allowed 10.

I guess the Astros will have to do what they have been doing for the last five years, put together another deep post-season run, and force the producers to run their highlights. 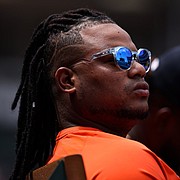 Houston fans have become accustomed to it, so some don’t mind waiting because they know it will happen.