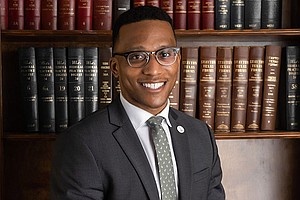 The candidate who lost to State Representative Jon Rosenthal (District 135) by more than 6,000 votes in the general election has filed an official election contest to challenge the results of that race. Mike May, who filed his petition with the Secretary of State on Tuesday, November 29, claims voters were unable to cast their ballot because polling sites did not have sufficient paper ballots.

Texas law requires that the election contest be adjudicated by the state House of Representatives in Austin, instead of in a court of law.

“The point of this election contest is to call into question the 2022 election in Harris County and lay the groundwork to force a redo,” said Harris County Attorney Christian D. Menefee. “I’m hopeful Speaker Dade Phelan will see to it that this frivolous case is quickly thrown out, as the law permits. And I trust that he will ensure a fair process before impartial legislators, without interference from the state leaders and other elected officials who have a history of making baseless claims against Harris County elections.”

Texas law provides that the Secretary of State must send the contest to the speaker of the house, who must then refer it to a house committee to investigate the issues raised and receive evidence from the parties. The speaker also appoints one of his colleagues as a special master, who may dismiss the case as frivolous.

The house’s final decision may include declaring the outcome of the District 135 race as true, or voiding that race's results (thus triggering another election).

About the Harris County Attorney's Office

Christian D. Menefee serves as the elected, top civil lawyer for Texas’ largest county. The Harris County Attorney’s Office represents the county in all civil matters including lawsuits. Menefee leads an office of 250 attorneys and staff members. He entered office at 32 years old, making him the youngest person and first African American elected as the Harris County Attorney.