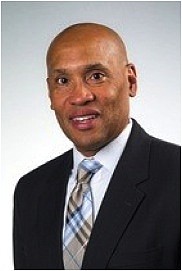 Prairie View A&M University (PVAMU) has announced the hiring of Dr. Donald Reed as its new Director of Athletics. He will begin his official duties starting July 15, 2020, and will replace interim Associate Athletic Director Alicia Pete, who has served in the role after former AD Fred Washington resigned in August 2019 for personal reasons.

Dr. Reed currently serves as Senior Associate Athletic Director for Athletic & Academic Performance at the University of Buffalo (UB). He joined UB in 2007 as the Associate Athletic Director for Academic Services and since has led the university in a leadership role in bringing success to the program both academically and athletically. Dr. Reed’s passion lies in helping student-athletes achieve in the classroom as well as the community.

One reason he was so highly sought after this past year was his work with the University of Buffalo student-athletes. They recorded an average GPA of at least a 3.0 for 13 consecutive semesters; a feat that had never been accomplished before Dr. Reed’s arrival.

“Among a competitive field of candidates, Dr. Reed impressed the search committee with his record of accomplishments, breadth of experience, commitment to student athletes, and managerial acumen,” said Dr. Timothy Sams, Vice President for Student Affairs at PVAMU who helped lead the search for a new Athletic Director along with Spelman Johnson Search Firm.

Dr. Reed started his career at New Mexico State where he served seven years as the Academic Program Coordinator for Athletics. He then moved on to become the Manager of Academic Development Programs at Arizona State University for two years before taking a position at Iowa State University as the Associate Athletic Director for Academic and Student Services.

In his seven-year tenure with the Cyclones, he was an intricate part in leading the personal development, career development, and academic support for all student-athletes.

There will be a wide range of responsibilities for Dr. Reed once he arrives in Prairie View, Texas. He will serve on the President’s Executive Leadership Team and report directly to Dr. Ruth J. Simmons, who is currently serving as the President of Prairie View A&M University. His duties will also include staffing, fundraising and promotions, overseeing the strategic planning, athletic facilities, fiscal affairs, and intercollegiate athletics regulatory compliance.

Dr. Reed’s background also includes being a member of the University of North Texas Men’s basketball team. He earned a Bachelor of Business Administration along with a Master of Science in Kinesiology/Education and Sport Administration from UNT before receiving his Doctor of Philosophy in Education Management and Development from New Mexico State University.

Not to be forgotten was the fine and outstanding job of former interim Athletic Director Alicia Pete. Dr. Simmons made sure to thank her for her excellence in the official memo sent out to announce the hiring of Dr. Reed.

“I am grateful for her (Alicia Pete) willingness to step into the Interim Director’s role and her dedication to PVAMU and the Athletic Program,” said Dr. Simmons.