Lindsay Lohan, Dennis Quaid and other stars from 'The Parent Trap' are reuniting for the film's 22nd anniversary 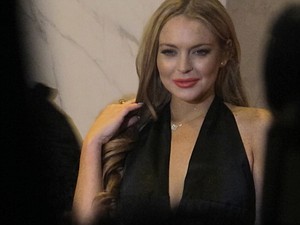 For the first time since "The Parent Trap" was released in 1998, the cast and crew of the iconic film are reuniting to share all there is to know about the movie, from their favorite lines to the most memorable moments on set.

The reunion, which is moderated by Katie Couric and set to be released on her Instagram page Monday morning, will virtually bring together Lindsay Lohan, Dennis Quaid, Elaine Hendrix, director Nancy Meyers and more in honor of the film's 22nd anniversary.

And it's for a good cause too. It will help raise money for chef José Andrés' non-profit organization World Central Kitchen, according to an Instagram post by Hendrix, who played Meredith.

"Parent Trap" stars Lohan as both Annie James and Hallie Parker, twins who were separated at birth and raised individually by one of their biological parents, played by Quaid and the late Natasha Richardson. The girls are strangers until they meet at camp, where they decide to swap places in hopes they can get their divorced parents back together.

The special will be released on Couric's Instagram page Monday at 9 a.m. ET.