Lindsey Vonn's Incredible Climb and View from the Top 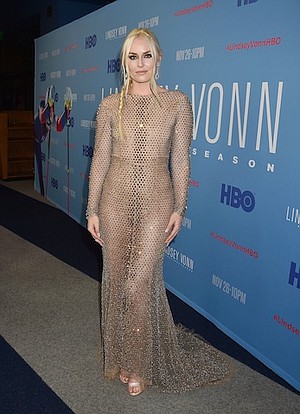 The new HBO documentary, Lindsey Vonn: The Final Season (premiering November 26th at 10pm ET), is anything but that for the Olympic gold medal winner and former World Alpine Ski Racer. While 2019 was her final push down the slopes as a professional ski racer, Lindsey Vonn The Brand, is coming into a new season and picking up steam. Known to some as a beautiful pop culture figure (a vison of her blonde braided hair amid piles of snow conjures Frozen's Elsa) with a famous dating history, and to others as one of the most kick-ass girls to ever put on a pair of skis, "A Mighty Girl" doesn't quite cover the drive, discipline and talent that Vonn represents in a culture overrun with vapid beauty and shallow notoriety. With eighty-two World Cup races and two Olympic gold medals under her belt, Lindsey Vonn is a testament to the power of practice and hard work; two qualities that seem to be ailing in our current Insta-fame climate.

The detailed personal and professional moments that Vonn shares in her documentary will recalibrate your definition of success and make you fall back in love with the small triumphs along the way to the big win, which as Lindsey Vonn knows, holds as much value as the destination in the distance. Vonn will also soon be highlighting the peaks and valleys of her life in her upcoming memoir, Rise (Dey Street Books), out in March of 2020.

During our conversation, Lindsey and I spoke about her unconventional and remarkable life, both on and off skis, how she is coping post-retirement, and what she hopes the younger generation will learn from her journey. 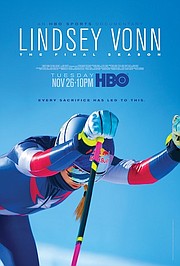 Allison Kugel: One of the big takeaways I got from your HBO documentary, Lindsey Vonn: The Final Season, is that from afar success looks glamorous, but up close, success looks like a lot of hard work.

Lindsey Vonn: One hundred percent. That's exactly spot on! People just see the end result. They see the Olympic Gold and they see me winning World Cup races. They never see what goes into it; how you got there, the sacrifices you've made and the hours in the gym. That's why I've always liked sharing my story on Instagram and on my social media, because I want people to know that it's not just this glamorous life.

Allison Kugel: Take me through what it's really been like…

Lindsey Vonn: I'd be up at 5 AM and have all my meals specially portioned and made and go to the gym and work hard. Then I would do my rehab, and there's always injuries and surgeries. It's a full-time job. It's been my [life] and my goal since I was nine years old and it's been a very long journey. I think that's why I'm so proud of this documentary. It gives a pretty good picture of, especially how this last season went, with the pain and sacrifice. My team has gotten me through so much in my career. It's not just the smiley, glamorous photo finish at the end. It takes a lot to get to that point. I wanted to break the World Cup win record and I wanted to have this great swan song. Then, three days in, I tore my knee up. It didn’t go the way we had hoped, but I'm really happy we made this documentary. Looking back, it's something I can share with my kids someday, and something that will show more of who I am, not just as a champion, but as a hard worker.