Our Schools Have Become Warzones, Our Children at the Front Lines: Question Is, When Are We, ‘The Adults, ‘ Going to Join Them? 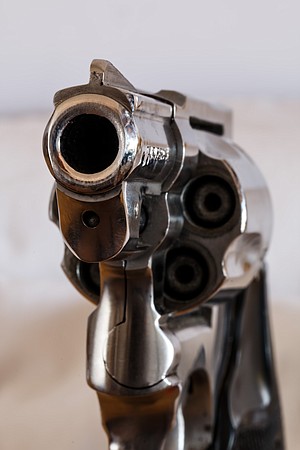 To be clear: this is not an attack, rather a light that, hopefully, sparks a sense of urgency in adults across this nation to step up to the front lines of this war against increasing gun violence in our schools. Our children are already there. Just within the last month, two students, one in college and the other a graduating senior in high school, were killed when taking on gunmen at their schools, saving the lives of fellow students. Riley Howell, formerly an ROTC cadet at the University of North Carolina at Charlotte, was buried with military honors, is one of two killed and four injured, after reportedly tackling the shooter who went on a rampage the last day of classes. Kendrick Castillo was killed just a week later, on May 7, 2019, three days before graduation, after he lunged at one of two gunmen who opened fired at STEM School Richland Hills Ranch in a suburb of Denver, Colorado. Castillo’s fellow classmates remember him as a hero as one of them recalled on several news outlets that Castillo’s actions gave them enough time to seek cover and escape the carnage. It is only the fifth month of the year and the STEM school shooting marked the 42nd of 2019. Although the actions of these two students were indeed heroic, they were victims; victims of our failure, as adults, to act on their behalves. What can you do, you ask? We can press for stricter gun laws and take a more grassroots approach to end bullying and remove the stigma associated with mental health issues.

Following each of these horrific events, survivors have pled with us, as a nation, to enact measures which will make it more difficult for semi-automatic weapons to land in the hands of those looking to carry out such acts. Each time, we have responded, with thoughts, prayers, and crowdfunds, but little more. We have to enact stricter gun laws. Few politicians campaign on this issue because of the constitutional implications and the hard sentiment carried by a majority of Americans against folks ‘taking away our guns.’ But, the proof is in the pudding that activism makes politicians respond. After 17 students were gunned down on Valentine’s Day 2018, at Marjory Stoneman Douglas High in Parkland, Florida, a group of surviving students immediately appeared on national news outlets, rallied outside the State Capitol and organized ‘March for Our Lives’ where thousands of people have participated in marches on Washington and in cities around the country in support of the cause. As a result, in March 2018, the Florida Legislature Florida enacted the Marjory Stoneman Douglas High School Public Safety Act to tighten gun control and increase school security and safety.

Gun violence in our schools impacts us all, so this shouldn’t be a partisan issue. However, Republican candidates have been least receptive to calls for action. In fact, our current Republican administration reversed Obama-era gun regulation just a year prior to the Parkland shooting which made it harder for people with mental illnesses to buy guns. If past is prologue, we can guess where the current administration stands on gun regulation going forward. One candidate for president, however, Sen. Cory Booker, D-N.J., has made gun regulation a major platform for his nomination calling his plan “the most comprehensive gun violence prevention plan of any candidate for president in decades.” I will save my personal opinion of Sen. Booker’s plan but will say this, his stance and plan will force the conversation. It will be up to us to demand that whomever we elect for President in 2020 promise immediate action in exchanges for our votes.

Beyond our gun laws, we will have to take a “kaleidoscope” approach to the issue, as recently stated in a CNN town hall by presidential hopeful Julian Castro, former Obama administration HUD Secretary. We have to take a firmer stance on bullying and continue our work to end the stigma of mental health issues, as disenfranchisement and mental illness have been cited as contributing factors following these events. As there are already countless programs in place to address the two issues, we should continue to support those programs and take somewhat of a grassroots approach working from the home outward. In most instances, problematic behaviors and thoughts begin at home. We should take a cue from grandma and speak up for those being bullied and reach out to those we see, otherwise, in crisis. We must be the change we want to see here. Because, as hard as it to reconcile, the gunmen are victims of our failures as well.

On Sunday, Gina Warren, an 18-year-old senior from Ashville, Ohio plans to honor those killed in mass shootings at American high schools by wearing a QR code she had placed on her graduation cap. When anyone takes a picture of the code, it will send them a list of victims and web address for two groups founded to address the issue, everytown.com and marchforourlives.com. Along with the names and addresses, Warren wrote, “I graduated. These high school students couldn’t,” “Protect our students,” and, lastly “Vote.”

So again, so we are clear: this is a call to action on behalf of our children!