White Privilege and the Law: Will the Scales Ever Balance for People of Color? 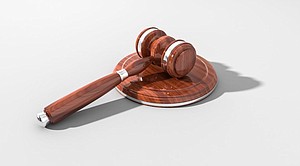 To be clear: white privilege is severe and pervasive. In almost every facet of American society, there is an invisible infrastructure, which supports the majority. No beef; just facts. White privilege and the law, particularly, was all the buzz on social media last week as news broke that two white men, in separate instances, pled guilty to crimes against teenage girls and will serve no jail-time. Both cases had arguably heinous facts. One involved a 33-year old Georgia man who met a 15-year old girl online in an anorexia support group, held her captive in a dog cage for a year, and allegedly forced her to have sex with him. The other, a 26-year old New York bus driver who raped a 14-year-old girl he met on his bus route, after providing his victim and two of her friends with alcohol. Putting our nation’s underlying rape culture aside, no direct comparisons to similarly charged defendants of color were needed to fuel the influx of white privilege memes. Since neither of the men were alleged to have any affluence, it is tough to argue that their white-ness had no impact on the leniency of their sentencing. But, as undeniable a role that white privilege plays in the law, from legislation and law enforcement to prosecution, sentencing, and incarceration, I caution that we do not paint the issues with too broad of a stroke that we miss real opportunities to help balance Lady Justice’s scales for people of color. In the courtroom, alone, we often see white privilege extended from the prosecution, the jury, and in the most egregious cases, as here, from the bench. Daunting as that may be, we as ‘average’ citizens have opportunities at each of those levels to help lessen the negative that is naturally produced of white privilege, which is disparate, harsher treatment of people of color.

First, by in large our prosecutors are elected. Right or wrong, whether and how cases are prosecuted within any given jurisdiction, is largely within in the discretion of the lead prosecutor. The recent conviction of former Minneapolis Police Officer Mohamed Noor, a Somali-American, for third-degree murder and manslaughter for the fatal shooting of a native Australian woman living in the states provides a prime example of disparate treatment resultant from prosecutorial discretion. Noor’s case sparked white privilege memes and commentary, last week as well, as obvious distinctions were drawn between Noor’s conviction and the acquittal of Officer Jeronimo Yanez for the death of Philando Castile, a black man killed after a routine traffic stop in that same state just a year prior. My caution is most relevant here because although the victims of the two shootings had obvious ‘color’ differences, the defendants were both officers of color involved in police shootings, both who claimed they shot in fear of their lives. Neither defendant had the benefit of white privilege in seeking acquittal, so that cannot be the issue here. Instead, the main factor that produced the two outcomes was how the cases were prosecuted. In Noor’s case, the prosecutor charged the former officer with first degree intentional murder along with the two charges he was convicted of. In Yanez’s case, the prosecutor only charged manslaughter, a reckless homicide, and endangering safety by discharging a firearm in the shooting. So, from the charges brought, the two cases were ‘staged’ differently from the outset of the prosecution.