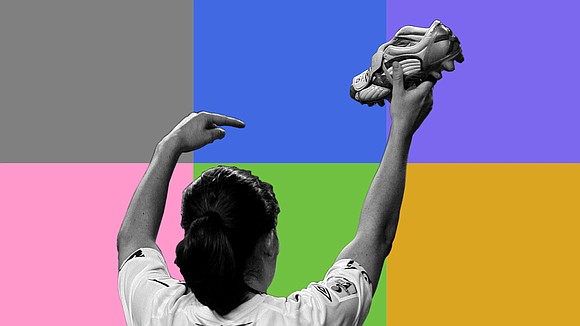 Germany had already qualified for the knockout rounds of the Women's World Cup, but that didn't stop the high-flying side from dismantling South Africa in its final group stage match.

(CNN) -- Germany had already qualified for the knockout rounds of the Women's World Cup, but that didn't stop the high-flying side from dismantling South Africa in its final group stage match.

In truth, the 4-0 scoreline could have been much worse for South Africa, which leaves its first ever World Cup with three defeats from three matches.

German attacks came thick and fast in Marseille, and victory would have been by a greater margin had Martina Voss-Tecklenburg's team not squandered several chances in front of goal.

The emphatic result, however, extends Germany's remarkable record in the World Cup group stages to 19 games without a defeat -- the last coming to Sweden in 1995.

Melanie Leupolz, Sara Daebritz, Alexandra Popp and Lina Magull all got on the scoresheet with two goals gifted to the two-champion through sloppy South African defending.

"I'm extremely happy that we've reached the round of 16," said midfielder Daebritz, who scored her side's second goal.

"We got nine points from three games. We've worked hard, had a lot of willpower, and today we delivered a great performance.

"We can enter the round of 16 with a lot of confidence. We're very happy about it."

Leupolz opened the scoring after 14 minutes when she took advantage of poor marking from a corner to head past Andile Dlamini -- her first goal since the 2016 Olympic Games.

The goalkeeper was then at fault for Germany's second, parrying an unthreatening cross into the path of Daebritz who coolly netted her second goal of the tournament and 12th in international colors.

Popp towered above Lebohang Ramalepe to head home her side's third goal at the end of the first half, and Magull tapped in midway through the second period after Dlamini pushed a Marina Hegering header onto the inside of her post.

Both sides had chances in the closing stages with Germany having two goals ruled out for offside. South Africa, meanwhile, searched for just its second goal of the campaign but couldn't convert.

The result means Germany -- as has become customary -- marches into the knockout stages with a 100% record, while South Africa becomes the first team to be eliminated from the tournament.

In the other game in Group B, Spain and China played out a 0-0 draw in Le Havre which saw both teams progress to the last 16.

Spain, which finished second in Group B on goal difference, has reached the knockout stages of the World Cup for the first time in its history and is likely to face defending champion the US in the next round.

Former finalist China, which has never failed to progress beyond the group stages, is guaranteed to finish as a best third-placed side and could face England.