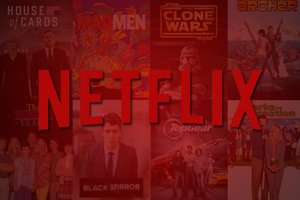 On Tuesday, Spanish-language drama "Roma" from director Alfonso Cuarón also became the first film distributed by a streaming service to earn a spot in the coveted best picture category.

"Thank you to the Academy for recognizing 'Roma' across these categories," Cuarón said in a statement. "Human experience is one in the same, and it's so gratifying that a black and white film about life in Mexico is being celebrated around the world. We are living a great moment in cinema where diversity is embraced by audiences. This kind of visibility pushes our industry forward and creates more opportunity for new voices and perspectives to emerge."

Netflix's milestone comes just five years after the streamer earned its first-ever Oscar nomination in the best documentary feature category for "The Square."

Since then, Netflix has aggressively pursued both filmmakers and respect in an industry that has seen the company as a major disruptor to the traditional film model.

As Netflix ramped up its film efforts, it has found itself at odds with some corners of the awards and festival circuit, including the Cannes Film Festival. Netflix pulled out of Cannes last year following a rule change the company saw as a direct slight.

Cuarón gave an impassioned defense of Netflix after being asked in the Golden Globes press room about the streamer — which does screen some of its films in theaters before or in conjunction with release on its platform — being seen as the so-called death of traditional independent cinema.

"My question to you is, how many theaters did you think that a Mexican film in black and white, in Spanish and Mixteco, that is a drama without stars — how big did you think it would be as a conventional theatrical release?" Cuarón said. "I just hope the discussion between Netflix and platforms in general should be over. I think those guys, platforms and theatrical, should go together...They both together can elevate cinema, and more important, they can create a diversity in cinema."

With its nominations, "Roma" has tied the record held by "Crouching Tiger, Hidden Dragon" for the most nominations received by a foreign language film, the Academy said in a release.

It is the tenth foreign language film nominated for best picture.