Texans Come Up Short Against the Colts Ending Their 2018 Season 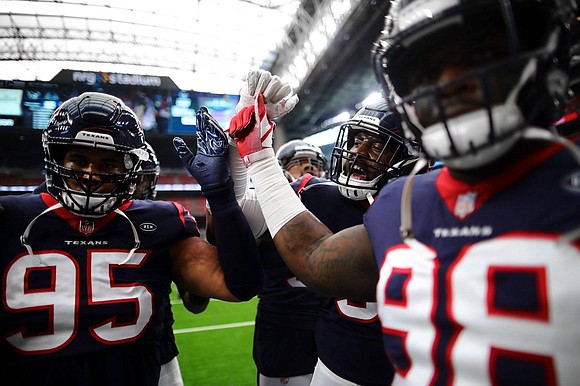 “I think this organization has a very bright future. We have a great young quarterback. We’ve got a lot of really great guys in the locker room. They have a passion for the game. We just didn’t get it done today,” were the words Houston Texans head coach Bill O’ Brien to reporters after the Texans lost their Wild Card playoff game to the Indianapolis Colts 21 – 7 at NRG stadium. Houston ended their season with an overall record of 11-6, which included a nine-game winning streak and the 2018 AFC South Divisional Championship title.

Houston came out very flat on both sides of the ball and the defense allowed the Colts to score on three out of four offensive drives that put the Texans down early 21 – 0. Although Houston gave up 3 catches for 63 yards in the first quarter to arch nemesis Colts WR T.Y. Hilton, it was the rushing attack that kept Houston off balance the entire game. Indianapolis ended the game with 200 rushing yards on 35 carries and RB Marlon Mack had 148 of those yards after having only 33 in the week 14 matchup. Running the ball allowed the Colts to keep the Texans edge rushers J.J. Watt and Jadeveon Clowney at bay all game which kept Andrew Luck upright the entire game as Indianapolis didn’t allow a sack the entire game.

“Run the ball to slow them down, we talked a lot about that this week. Those are two phenomenal players, and our guys did a great job,” Colts head coach Frank Reich said.

For as efficient as Indianapolis’s offense was, the Texans offense was not. Houston did not get on the board until the 4th quarter with a pass from QB Deshaun Watson to WR Keke Coutee. Up to that point, the Texans could not muster up anything against a vaunted Colts defense who had been playing lights out the last couple of weeks. They held Watson to 235 yards passing with 1 touchdown and 1 interception.

“I mean you look at the film,” said Watson. “The pressure was there. Couldn’t step into my throws. It wasn’t where I was sitting there by myself with a full pocket. Guys were in my face, trying to make throws like that. I can’t fully throw, any quarterback, not just me, can’t step into that throw, get their full strength with their lower body,” Watson went on to say as he described the amount of pressure he was under all day.

The Texans will now have an entire offseason to figure out what went wrong and try to fix some things that caused them to come up short this past Saturday. Keeping key free agents like OLB Jadeveon Clowney, FS Tyrann Mathieu, CB Kareem Jackson, and OLB Brennan Scarlett are high on General Manager Brian Gaine’s to-do list. He will also be preparing to draft in the first round of the 2019 NFL Draft (23rd pick). Something he didn’t do last year until the third round as Houston had given up most of their draft picks to the Cleveland Browns for the rights to Deshaun Watson.