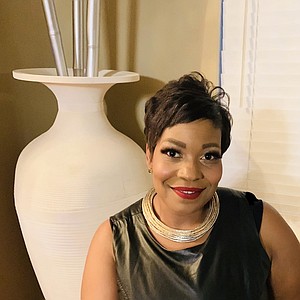 To be clear: I’m so glad I went to PVU! I’m so glad I went to PVU! Singing glory hallelujah, I went to PVU!! If you’ve ever attended or have otherwise affiliated with a Historically Black College or University (HBCU), then you likely recognize the tune in my intro. Beyond simple recognition, the tune may even evoke a level of nostalgia unparalleled by thoughts of any other period in your life. I know for me, when I think about my alma mater, Prairie View A&M University, my heart swells with pride. For me, the lyrics of the tune couldn’t ring any truer because my HBCU was not only the place where I received a stellar education, it was also the place that affirmed my maturation into black professional womanhood.

I am certain that I am not alone in my feelings. In fact the United Negro College Fund (UNCF) “a supportive atmosphere and community” as reasons why one would choose an HBCU. Throughout the nation, there are over 100 HBCUs, some of which were founded shortly after the American Civil War as newly freed slaves were denied admissions to white higher education institutions. The schools' rich histories of providing not only quality educations to their students but also havens for free thinking, expression, and growth create a sense of endearment in those who attend and graduate from them. An endearment so strong at times it leads to fierce rivalries. The rivalries are normally all in fun as we all share a kinship that naturally accompanies attending a historically black college.


One such rivalry is that between my alma mater, Prairie View A&M and Texas Southern University. With Prairie View located only 45 miles outside of Houston, you can likely find students and alumnus squaring off to defend the title of the better school. But at the same time, you will see the rivals embrace and commune with each other as old friends, shoot many times they are. But, despite all the love, all gloves will be off when the two meet up for its annual showdown known at the Labor Day Classic this Saturday, August 31, 2019, at BBVA Stadium. This year marks the games 75th year that the Panthers will meet the Tigers in Houston. Per usual, because of the game's proximity to both campuses along with the number of alumnus in the area, the game will be packed. The game may be more packed this year than the last time I attended in 2015 given the growth in enrollment that the two schools have seen in recent years.

In 2018, Prairie View recorded its highest total enrollment of 9,516 students, an increase of more than 1,200 students from 2015, according to an article published in the Houston Chronicle in February of this year. Texas Southern enrolled 9,732 students in 2018, down slightly from its enrollment of 10,237 in 2017, however, remarkable growth in enrollment which was just under 9,000 students in 2017. Given how each of the schools has grown, a huge turnout for Saturday’s game is highly likely. But game attendance aside, in years when college enrollment has generally decreased across the nation it makes you wonder, what explains such growth at HBCUs?

In March, Essence Magazine published an article written by Breanna Edwards entitled, “HBCU Enrollment On the Rise amid Increasing Racial Tensions.” The article noted a similar national pattern of growth in HBCU enrollment in the face of general decline, citing federal data from fall 2017 which reflected a 2.1% increase in HBCU enrollment from just the previous year. Edwards wrote that “in a climate where overt racism and racial violence has intensified, HBCUs have seen an increase in enrollment as black student seek comfort and safety.” She cited the Washington Post for the assertion that” HBCUs have seen a resurgence in their attraction as the United States continues to grapple with its dark history and the virulent reappearance of overt racism and violence.”

Although racial tensions were not as bad as they are now when I was in college, I can certainly attest to my HBCU being such a place as that described by Edwards, a place of retreat and safety. Truly, irrespective of the reasons why students are choosing HBCUs in larger numbers, I am just glad they are pursuing higher education. Because I must say that my time at Prairie View A&M University was well spent, my education has opened many doors for me and I created lifelong bonds with friends who are now more like family. I am honestly so glad I went to PVU! Singing glory Hallelujah, I went to PVU!

PS: If you are a fellow alumnus of any HBCU attending the Labor Day Classic this weekend, take the opportunity to welcome some of our newest kinsmen to the fold. Because, if it is refuge and safety they are seeking, we certainly have them covered.