Drake makes it nine No. 1 albums with 'Care Package' 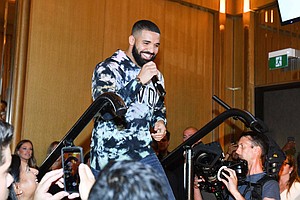 (CNN) -- Drake got a special delivery with his new album, "Care Package."

The rapper has extended his own record on the charts with the CD, which has earned him his ninth No. 1 album on the Billboard 200 chart.

"Care Package" gathers 17 of Drake's tracks that were never officially released, some of which listeners could find in the past only via Soundcloud or YouTube.

Drake currently holds the title as the artist with the most No. 1 albums this decade.

All nine of his albums on that list have been released since 2010.

Drake is tied with Garth Brooks, Eminem, Madonna and The Rolling Stones, who also have had nine each atop the Billboard 200.