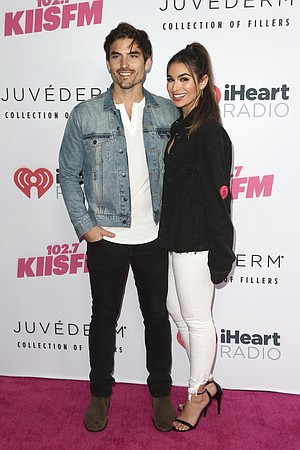 (CNN) -- Who says you can't find love on a dating show franchise spin-off?

"Bachelor in Paradise" stars Ashley Iaconetti and Jared Haibon officially tied the knot this weekend, according to People magazine. The lavish Rhode Island bash was packed with familiar "Bachelor" faces, and the ceremony was even officiated by "Bachelor" producer Elan Gale.

The two lovebirds first met on the second season of "Bachelor in Paradise," where jilted contestants from "The Bachelor" and "The Bachelorette" meet and mingle and who knows, sometimes get married! The couple got engaged while filming Season 5 of the show in June of last year.