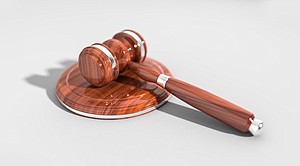 To be clear: untreated severe mental illness places a great burden on our legal system. The Treatment Advocacy Center, a national nonprofit organization founded in 1998, dedicated to eliminating barriers to the timely and effective treatment of severe mental illness captures the issue succinctly: “Fifty years of failed mental health policy have placed law enforcement on the front lines of mental illness crisis response and turned jails and prisons into the new asylums.” 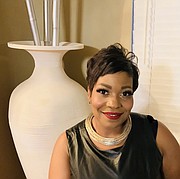 Until recent years, when families across this country were in the throes of mental health crises, they called 911, not for medics but, for police to bring peace and order to the scene. When law enforcement would arrive and meet with a subject who was suffering from an untreated severe mental illness, officers’ options were limited beyond arresting and jailing the subject. Over the years, we have seen many attempts to arrest those going through mental crises turn deadly. In fact, a study released by the Treatment Advocacy Center in 2015 found that “[p]eople with untreated mental illness are 16 times more likely to be killed during a police encounter than other civilians approached or stopped by law enforcement.”

In 2017, mental illness was involved in about 25% of all officer-involved shootings that year, according to Washington Post data. One such incident hit close to home this past May when a Baytown police officer shot and killed 44-year-old Pamela Turner after he struggling to arrest her on outstanding warrants. Many of Turner’s neighbors noted she suffered from mental illness and one alleges the officer, who recognized Turner on the scene, was aware of it. Many, including Turner’s family and neighbors, wish there was an alternative to the scene which lead to her death—an alternative to the volatile situation that is naturally borne of such encounters between the untreated mentally ill and the wholly underprepared law enforcement officer.


John Snook, the executive director of the Treatment Advocacy Center, has said of the burden placed on law enforcement, that it “is patently unfair, illogical and is proving harmful both to the individual in desperate need of care and the officer who is forced to respond.” In recognition of this harm, Federal, state and local governments have passed legislation and launched initiatives to divert those suffering from untreated mental illness from jail to appropriate mental health treatment. So far, Harris County has emerged as a leader in this initiative.

In October 2018, Houston and Harris County officials celebrated the opening of the Judge Ed Emmett Mental Health Diversion Center in Midtown. At the time of its opening, the diversion center was designed to give officers an alternative to jailing someone for trespassing or simply having a mental health episode. But after noting the center’s success, with over 1,000 people diverted to the center from its opening until May and a $9 million taxpayer savings realized, Harris County District Attorney Kim Ogg expanded the program to now include eligibility for an array of non-violent, low-level misdemeanors, such as failure to identify to a police officer. Since the program’s expansion, there were 208 people diverted to the program in May and another 172 in June, according to official data from the center provided by the Harris County Sherriff’s Office.

The Treatment Advocacy Center has recognized the uniqueness of the Harris County’s pre-arrest diversion program, noting that it “is very much one of a handful of around the country the most cutting-edge responses to keeping people out of the criminal justice system whenever possible.” The center has 29 beds and is staffed with psychiatrists, counselors, nurses, and physicians who can treat people who may be experiencing mental health crises, and equally as important, connect them with resources for continued treatment. The average stay for an individual at the diversion center is 65 hours and the facility has the capacity to serve up to 41 people at one time.

So, although untreated mental illness continues to permeate our criminal justice system with about 2 million people booked into jails each year across the US, Harris County is leading the way in diversion initiations. Of the staggering number of those jailed with mental illness, Harris County Sheriff Ed Gonzalez said it best, “[t]his community is doing something about it and this works ... [the diversion program] makes sense financially. We get better outcomes. It’s better for the community. It’s a win-win,”