The Court of Public Opinion: Where Punishment is Almost Certain, Actual Guilt Not so Much 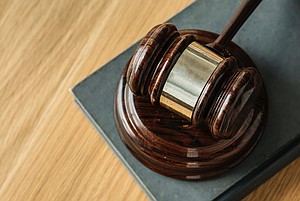 To be clear: the court of public opinion is always in session. The court’s docket stays full and public jurists are always ready to decide cases based on ‘evidence’ presented by the media. The call to public jury duty is rarely dodged, unlike its true civic counterpart. As soon as the media deems a case newsworthy, Americans all over this country fill jury boxes around water coolers, dinner tables, and even in church parking lots to determine guilt or innocence of the parties involved. Just as in a court of law, Americans come to divergent conclusions- some are convinced of guilt, others innocence, while the remainder is unconvinced either way. Like those cases tried in a court of law, those tried by public opinion carry real consequences. One big difference, however, is that the court of public opinion offers no protection to the accused which essentially makes everyone guilty until proven innocent, even when the damages to the accused is largely irreparable. In a court of law, defendants are guaranteed, at least, the Constitutional rights to fair and speedy trials given the significance of the consequences faced if found guilty. Not in the court of public opinion—the accused often die under a cloud of suspicion; they rarely have the opportunity to confront witnesses; and punishments, although a certainty, are often cruel and unusual given the possibilities of actual innocence.

In the court of public opinion, cases can drag on for decades as innocent people’s lives hang in the balance under the suspicion of guilt. Take the case of JonBenet Ramsey, for example, where John and Patsy Ramsey, JonBenet’s parents, were considered suspects after finding their 6-year old daughter murdered in the basement of their home in Boulder, Colorado on December 26, 1996. The young beauty queen’s murder attracted national attention so, of course, the court of public opinion was in session. In December 2017, the Boulder Police Department reported that the parents were “under an umbrella of suspicion,” which served to solidify the growing suspicions of some and raise those of others as the media continued to report on the story throughout the year with no arrests made. As years advanced, more suspected the pair were either responsible for their daughter’s death or were somehow involved. It wasn’t until July 2008, two years after Patsy Ramsey died of ovarian cancer, that the Boulder County District Attorney formally apologized and declared no one in the Ramsey family was a suspect. So, Patsy Ramsey died under the suspicion that she had something to do with the gruesome murder of her 6-year old daughter and John Ramsey is now 75 years old and still searching for his daughter’s killer. He has recently participated in a new A&E Network docu-series “Hunting JonBenet’s Killer,” which aired on Thursday. The Ramsey case is one of the clearest where the court of public opinion erred, further compounding the tragedy of innocent people with the suspicion of guilt.

In a court of law, defendants have the right to confront witnesses to crimes they are accused of, which includes the right to cross-exam those witnesses to test the veracity of their accusations. The Michael Jackson and Jussie Smollett cases are two prime examples on the court’s current docket of how the inability to confront witnesses can bolster suspicions of guilt. Jackson’s case is the worst of the two, since Jackson, can’t possibly confront new witnesses. In a court of law, if living, Jackson would have had the opportunity to cross-examine Wade Robson and James Safechuck, the subjects of HBO’s documentary Leaving Neverland. The documentary has recently come under fire for inconsistencies in its timeline and account of events surrounding the decades old sexual abuse Robson and Safechuck, now, accuse Jackson of. With cross-examination, more lapses of memories and holes in the accusers’ stories may have been revealed, driving reasonable doubt as to whether the acts were committed as alleged. But, Jackson can have no such opportunity. His public image will be further tarnished and his estate incurs further financial damages as the accusations cannot be tested by the accused. Smollett’s is a different case, however, in that he may still get the opportunity to confront the witnesses against him.