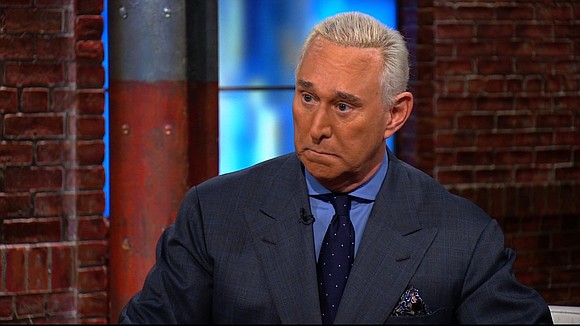 Several GOP members, along with Democrats, told CNN they would be willing to vote Thursday to provide the Stone transcript to Mueller.

(CNN) -- The House Intelligence Committee may vote Thursday to release its transcript of Roger Stone's 2017 interview to special counsel Robert Mueller amid concerns raised by Democrats that the long-time Trump associate may have misled Congress about his contacts with WikiLeaks, a committee member tells CNN.

The move would dramatically raise the legal stakes for Stone, who has faced growing scrutiny in the special counsel investigation, and would suggest a heightened interest by federal prosecutors in one of President Donald Trump's closest allies. It also would come before Democrats take power in January, with the committee's incoming chairman, Rep. Adam Schiff of California, promising to provide Mueller with all transcripts of witnesses who testified before the panel as part of the Russia investigation.

Several GOP members, along with Democrats, told CNN they would be willing to vote Thursday to provide the Stone transcript to Mueller

The transcript was formally requested by Mueller on Friday, The Washington Post reported Wednesday. Schiff declined to comment to CNN, while a spokesman for the committee's current chairman, GOP Rep. Devin Nunes, did not respond to a request for comment.

Mueller's request is the first time the special counsel has formally asked for documents from the committee related to its investigation into Russian interference in the 2016 election, the Post reports, citing people familiar with the request.

Stone has been a focus of the special counsel's office, which is investigating Russian interference in the 2016 presidential election and whether anyone from Trump's campaign was involved. Mueller has been looking into Stone's potential back channels to WikiLeaks and his communication with then-candidate Trump during the campaign as part of its probe.

Rep. Mike Conaway, the Texas Republican who ran the Russia probe, told CNN he would vote Thursday to release the transcript if Mueller formally requested it.

Conaway said that Republicans voted against a previous motion from Schiff to give Mueller all witness transcripts because they viewed it as a "stunt" and Mueller hadn't asked for them. The Republican said releasing transcripts without a formal request would go against committee precedent.

"Had Mueller asked for it, we would have sent it," Conaway said, adding that he didn't know whether the request had been made.

Stone told the Post Wednesday he had not been notified of Mueller's request. According to the Post, Stone said he is confident his testimony will not provide grounds for Mueller to charge him.

"I don't think any reasonable attorney who looks at it would conclude that I committed perjury, which requires intent and materiality," Stone told the Post.

But Democrats say that Stone may be in legal jeopardy.

Democratic Rep. Jim Himes, a member of the House Intelligence committee, told CNN's Wolf Blitzer on "The Situation Room," "Personally, having listened to Roger Stone's testimony, I certainly have my concerns about whether he was truthful."

"The more we learn the more we -- I, at least -- become concerned he wasn't being honest with the committee," Himes told Blitzer.

"If he has evidence that Roger Stone lied to Congress and just in the last couple of weeks he has brought charges to people for lying to Congress what that gives him is real leverage with Roger Stone," Himes said of the special counsel.

Stone revealed last month he was in communication with at least one senior Trump campaign official, Steve Bannon, about upcoming WikiLeaks disclosures during the 2016 presidential race.