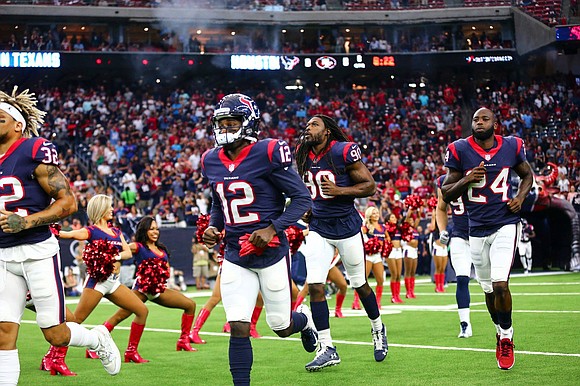 Nothing says football is almost back than friendly barbershop debates.

“Watson will have a better career than Dak,” says one die hard Texans fan from across the room waiting on the next available barber. “Believe that if you want. The Cowboys are going to surprise people this year,” says another patron who is decked out in Dallas gear.

As the 3rd preseason game approaches, the back-and-forth seems to get better and better. The Houston Texans will travel to California to take on the Los Angeles Rams on Saturday, August 25th and head coach Bill O’ Brien is approaching this game as if it is a regular season one.

“We’re still in training camp mode when it comes to the amount of time spent in meetings and practice and things like that, but in our meetings, we are starting to show them what a regular season Wednesday would look like, a regular season Thursday, a regular season Friday, etc.,” says coach O’Brien when asked what he was doing as far as game preparation is concerned.

This week, the Texans final preseason opponent, the Dallas Cowboys, announced that they would hold out there two offensive superstars in quarterback Dak Prescott and running back Zeke Elliott for the next two preseason games to preserve them for the regular season. Houston will not take that same approach with their starters.

That means there is a strong possibility that Houston fans will be able to see some of their favorite players in action before the season opener against the New England Patriots on September 9th in Gillette Stadium. Coach O’ Brien reiterated after practice that everyone who is healthy will see some game action. That is up to and including players who have played sparingly throughout the first two preseason games such as nose tackle D.J. Reader, outside linebacker Jadeveon Clowney, and if lucky there may be a J.J. Watt sighting for a series or two.

One player we won’t see until week one of the regular season is linebacker Whitney Mercilus who has not played since week 5 of the 2017 season. He tore his pectoral muscle in the first half of the game against the Kansas City Chiefs. That will be a huge addition to a Texans defense looking to regain its top five defensive form of the past. Since 2015, Mercilus has amassed 20 sacks, 58 tackles, and 3 forced fumbles.

Not to be outdone is the young and talented Rams head coach Sean McVay. He told the local reporters that most starters would play against the Texans. This could give Houston’s offensive line some trouble. Even though they are without 2017 All-Pro and Defensive Player of the Year defensive lineman Aaron Donald, they still have a very strong player who will require a lot of attention in newly added Ndamukong Suh.

As I got ready to sit down in the barber chair I heard a voice scream out, “What do you think Big Sarge?” I just smiled and said, “You both are correct.” Debate solved.

The Texans will be in action against the Rams on Saturday, August 25th at 3pm.

Brian Barefield is a member of the Pro Football Writers Association.