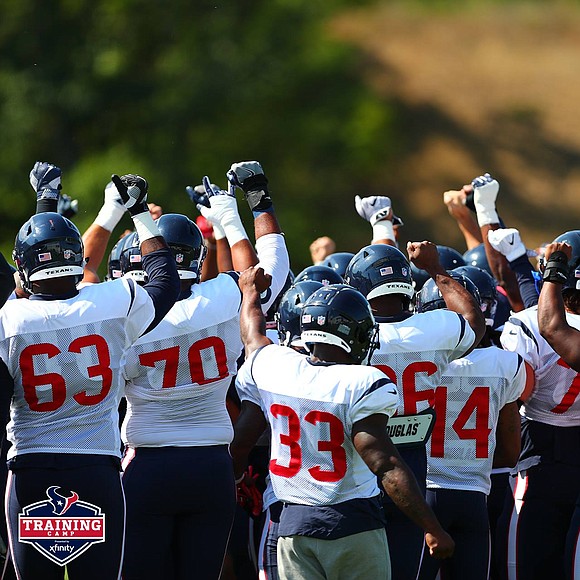 Talk to anyone whose job requires them to travel at least 15-20 days out of the month and they will tell you that they start to get a tingling sensation by the end of the week because they know it is time to go home. Most will reiterate how great their bed feels or how they only get good food from their regular spots at home, even though all Chick-Fil-A’s are the same. Side note: So is their excellent customer service, but I digress. That’s how most of the Houston Texans players feel as they wrap up the first part of 2018 training camp in West Virginia. They will make a quick stop in Kansas City to take on the Chiefs in their first preseason game and then it’s back to Houston.

“I thought the guys worked hard. I think it’s been a good start to camp,” head coach Bill O’Brien said when he was asked about the production he received from his guys in West Virginia.

One thing the organization wanted to see during the first part of training camp is how franchise quarterback Deshaun Watson would recover after suffering a torn ACL injury last year. Watson completed his final practice before the Chiefs game and felt very upbeat and positive. 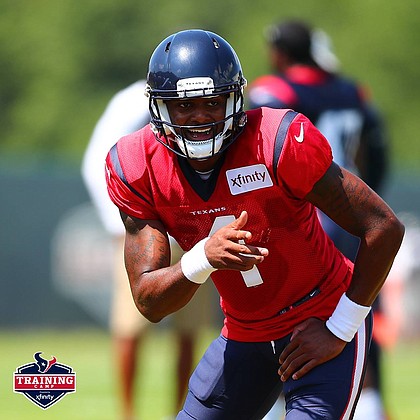 “I got one percent better each and every day. Just getting the game plan of what we want to do, establish on offense, as a whole, and as a team. So, that’s pretty much it,” said Watson, who is looking forward to leading the Texans back from a dismal 4-12 record last season. Houston will hope to get the QB back who completed 61.8% of his passes for 1,699 yards and 19 touchdowns in only seven games last year. Those 19 touchdown passes were tied for the league lead at the time.

But before Texans fans get excited about seeing number 4 on the field, O’Brien has a different outlook on what to expect in Watson’s first action since October 2017. “We’ll see how it goes. We’re going to talk about it and see where we’re at, look at the reps, and then we’ll make a decision prior to the game.” Even that small bit of hope makes every Texans fan optimistic.

Another Texan player who is ready to make his debut is safety Tyrann Mathieu. The “Honey Badger” looks forward to showing the fans just a small preview of what they will see in the upcoming season. “Just getting out there, getting a feel for the calls, getting a feel for my teammates. Things are a lot different when it’s a live game. We just try to go out there and hopefully communicate well and make sure nobody gets in the end zone,” said Mathieu after being asked by reporters how important the preseason is to him.

The Texans will make their home preseason debut on August 18th against the San Francisco 49ers.