How Richard Branson went from high-school dropout to billionaire entrepreneur 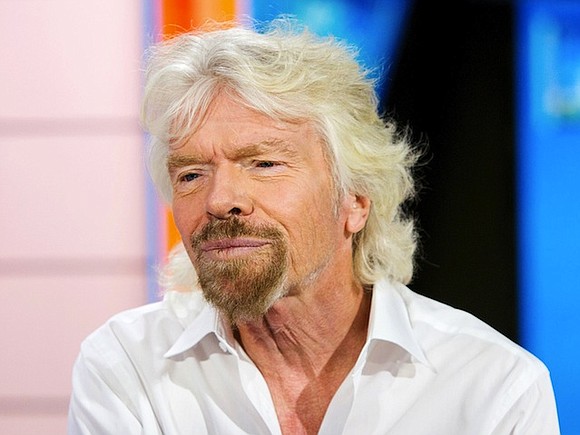 (CNN Money) -- As a teenager, Richard Branson never imagined he'd be where he is today.

"I was seen as the dumbest person at school," the founder and CEO of Virgin Group told CNNMoney. "The idea that I could be successful didn't dawn on me."

As a young student, Branson struggled with dyslexia. He had a hard time keeping up with his classes. But what was perceived as a weakness became a source of strength.

The billionaire has turned those passions into a far-reaching business empire. He had to take a lot of risks along the way.

A voice for young people

Branson's first business was a magazine for young people called Student. He was 15 when he started it, and dropped out of school to talk to people around the world and learn about what was happening.

"I felt that I could get out and start creating things that would make a difference in the world," he said.

To support the magazine, Branson started selling records by mail. Ultimately, the magazine failed. But the mail-order record business turned into something huge: Virgin Records.

After mailing records and opening a store, Branson started a label to help support an artist he believed in, Mike Oldfield.

"I went to seven record companies, and none of them would put [his Tubular Bells] out. So I formed a little record company on my own," Branson said.

The risks paid off. "It sold millions and millions of albums," Branson recalled.

After Oldfield, Branson kept signing "bands that nobody else would sign," including The Rolling Stones, Sex Pistols and Janet Jackson.

Shooting for the stars

In 1984, after working in the music industry for more than a decade, Branson launched the airline Virgin Atlantic.

"Nobody thought we would survive," Branson said. But Virgin was good enough to win customers over.

"We created an airline that people loved to fly in a marketplace where other airlines were dreadful," he said. "People went out of their way to fly us."

Over the years, the Virgin travel family expanded globally to include Virgin America and Virgin Australia. And with Virgin Galactic, Branson is setting his sights on commercial space travel.

"Right now, there's about 700 engineers who are beavering away to make sure that Elon's little car in space does not stay lonely too long," he said, referring to the Tesla roadster that Musk sent into space as part of the maiden launch of SpaceX's Falcon Heavy rocket. "I feel quite soon that little car might have another friend or two out there."

Failures along the way

Branson has had his fair share of public failures. In 1994, the Virgin Group introduced the public to Virgin Cola. "Declaring a soft drink war on Coke was madness," Branson said in a 2014 Virgin blog post. "I consider our cola venture to be one of the biggest mistakes we ever made."

"Virgin Cola just wasn't different enough," Branson continued in the post. "Virgin only enters an industry when we think we can offer consumers something strikingly different that will disrupt the market."

But he doesn't see failure as a bad thing.

"Failure is a wonderful way of learning," he said. As "an entrepreneur, if you're not taking risks, you're not going to achieve anything ... I've learned the hard way sometimes."