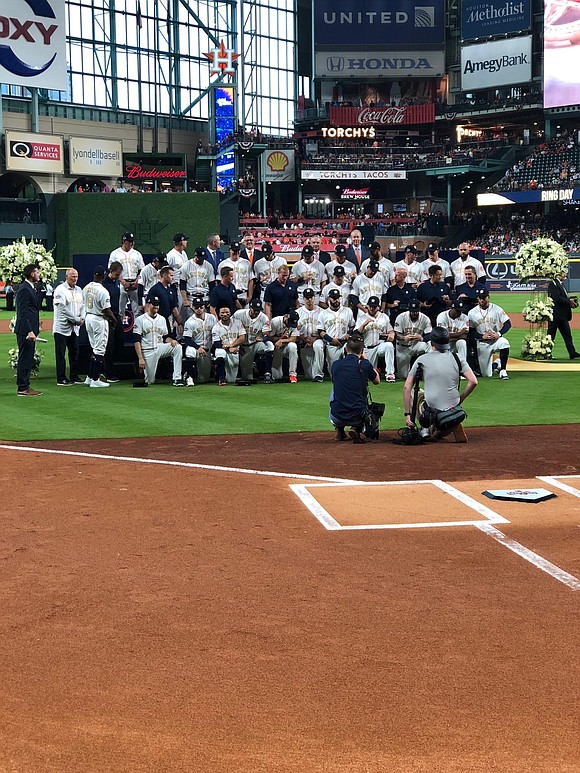 In 1993, a movie came out about a weatherman who was sent to cover an annual Groundhog Day ceremony. A crowd gathers and waits for the groundhog to come out and predict the weather for the next six weeks. In the movie, the weatherman keeps reliving the same day over and over again.

That’s what I feel like when I am watching the Houston Astros. They just keep winning and winning. The 2017 World Champions started off the season where they finished it on last year, in first place. Already out to a 5-1 record, which is tied for the second-best record in Major League Baseball, the Astros show no sign of slowing down. Houston is currently on a 4-game winning streak.

The usual suspects, 2017 American League MVP Jose Altuve, 2017 World Series MVP George Springer, and 2017 All-Star Carlos Correa are off to their normal starts, and by that I mean terrorizing opposing pitchers. But it is their blue collar players at the bottom of the batting order who have put on their hard hats and come to work as well. 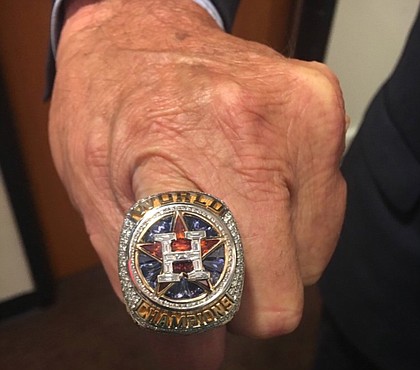 As much as I would love to continue to talk about how great the Astros have started, I would be doing you a disservice if I failed to mention what I was able to witness at the game. After unveiling their World Series pennant the night before in the 2018 home opener, the next night is when the hard wear was distributed. With 37, 106 fans in attendance and Houston owner Jim Crane standing side-by-side with Major League Baseball Commissioner Rob Manfred, the Astros players and coaches received their stunning World Series Championship rings. What stood out on the rings the most was the mantra from last year, which is engraved on each ring. “Earned History.”

No Astros ceremony is ever complete until you have the legends who paved the way in attendance. MLB Hall of Famers Jeff Bagwell and Craig Biggio smiled big as they received their championship rings. The die-hard fans stood to their feet and applauded and screamed loudly as the “Killer B’s” were introduced.

To make the night sweeter, Houston came from behind to defeat the Orioles 10-6, thanks to the heroic efforts of outfielder Josh Reddick. He previously had no home runs and no RBI’s for the season but ended with two home runs (one was a grand slam) and six RBI’s for the night. 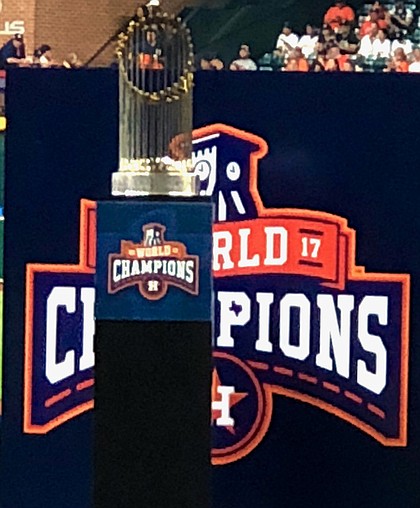 First the 2017 World Series pennant unveiling and then the presentation of the championship rings plus two wins. It’s safe to say that the Houston Astros are becoming accustomed to replaying the same day over and over. And most of those days consist of a win.